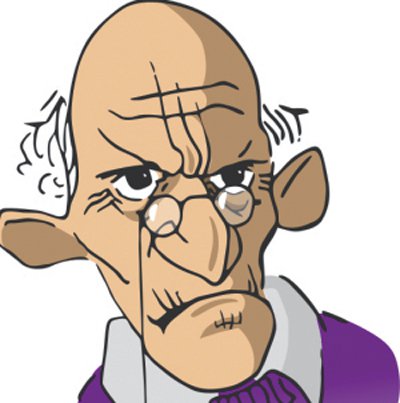 PHUKET: Get ready, Phuket people. It’s coming. It has already saturated Bangkok, and is moving rapidly southward, like an alien slime. I’m talking about mallification: the process by which a nation becomes overrun with enormous shopping malls.

Now the mallification of Bangkok has progressed to the point where they are considering appointing a Minister of Malls to oversee the process. The putative Minister of Malls, a dynamic lady named Ngernwadee Seukhong (nickname: “Shop”), kindly granted me an interview:

Q. Khun Shop, there’s a rumor that the government plans to turn Bangkok into one giant shopping mall.
A. Yes. It will extend from Nonthaburi to Samut Prakan, and will all be under one roof. Existing shopping malls will be integrated as nodes within the unimall, as we call it. The Skytrain, renamed the Malltrain, will speed customers from one node to another.

Q. That’s marvelous. Now shoppers will never have to step outdoors. They’ll all be living in one big shopping mall.
A. That’s right. Instead of bringing the people to the mall, we’re bringing the mall to the people.

Q. What do you say to those mean-spirited critics who complain that this will make people even more greedy and materialistic than they are now?
A. That is a narrow attitude that ignores a fundamental truth. Our economy is based on buying and selling. If people don’t buy, the economy collapses. If the economy collapses, everybody will be poor.

Q. In that case, shouldn’t the government reward shoppers, to motivate them to shop more?
A. Yes, we’re thinking of instituting a series of awards for excellence in shopping. “Major Shopper”, “Prime Shopper” and “Super Shopper” are a few of the titles we’re considering. Every year we’ll honor the person who has spent the most money shopping. He – or, more likely, she – will receive a trophy and a cash prize at a ceremony that will be televised worldwide. She will be crowned “Supreme Shopper” and will wear her crown till the following year. She’ll appear at charitable functions, on talk shows, and will even put in a guest appearance on “Academy Fantasia”.

Q. Sort of like Miss Thailand or Miss Thailand World?
A. Yes. We also plan to augment the carrot with the stick. Recalcitrant shoppers will be required to spend a minimum amount of money on shopping every year.

Q. Are you working with the TAT to attract international shoppers?
A. Oh, yes. We hope the TAT will devise a new tourism promotion campaign with the slogan “Shop Thailand.” Entire plane-loads of foreign shoppers will be flown in on shopping sprees. They won’t get to see any temples, beaches, elephants, or classical Thai dancing, but they will get to shop. TV commercials will feature happy foreign shoppers pushing shopping carts piled high with pricey purchases.

Q. And all of this will be coming to Phuket?
A. Yes, we have big plans for Phuket. Our pilot mall is already in operation. This will be followed by malls of increasing size and flash. We favor super-huge structures the size of a small city, with names like Mammoth, Humongo, Gigantica, and Colossus. The Japanese mall franchise Godzilla will have a major outlet here, as will the Hong Kong syndicate King Kong and the French consortium Le Big.

Eventually all these malls will be merged into one vast building that will cover half the island. We plan to call it the Great Mammon Mega-Mall. With a bow to religion, we will have a shrine to Mammon, the pagan god of riches, at every entrance.

Q. I guess all of this will bring us one step closer to the perfect society.

Ye Olde Carmudgeon can be flamed at s.tsow@ymail.com, but not while he’s waiting for the perfect society. Any similarity with another writer who shares this same email address is purely coincidental. Kinda.