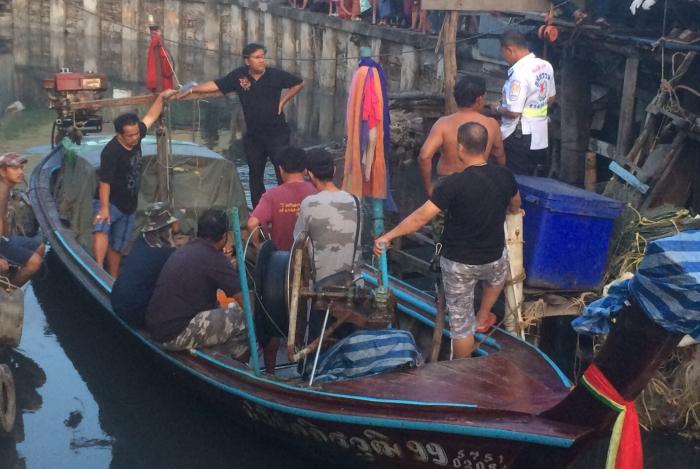 PHUKET: The corpse of a local fisherman was found near the Koh Sirey Bridge yesterday evening.

Locals gathered around the pier as the body of Wirot Thongrueng, 56, was brought to shore.

“His capsized boat was found near a mangrove forest in the area, while his body was found near the bridge. His lungs were filled with water, so we sent the body to Vachira Phuket Hospital for further examination,” Maj Somchai Nooboon of Phuket City Police told the Phuket Gazette.

“Mr Wirot’s relatives told us that he left to go fishing about 4:30pm despite their warnings of rough seas at the time. He went on a small boat to fish around the Sirey Bay area.”

Maj Somchai reiterated the importance of heeding weather warnings, reminding onlookers that ignoring them could result in a similar “unfortunate end” for them.