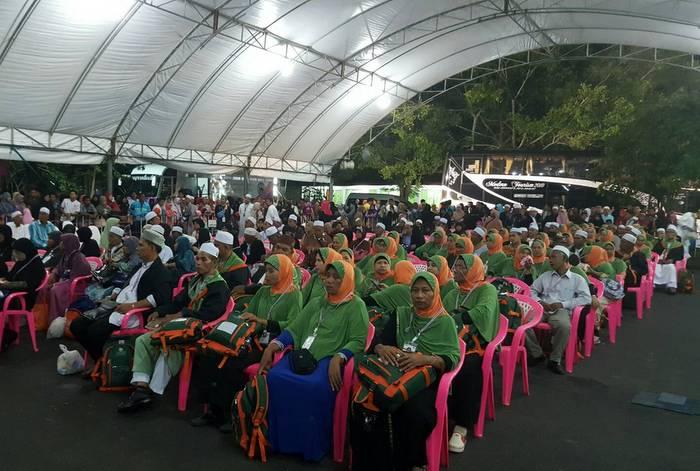 PHUKET: One hundred fifty-eight Thais left Phuket International Airport on Tuesday to make the pilgrimage to Mecca, as this year’s Hajj begins.

This was the first flight of Thai nationals leaving for the Hajj this year. Seventy-nine of the passengers were from Pattani Province, and the other half from Nakhon Sri Thammarat.

Muslims are required to make the pilgrimage to Mecca, called the Hajj, once in their lives. The pilgrimage is one of the central tenets of Islam. This year’s official Hajj begins on September 9 and will last until the 14th.

Representatives of Phuket’s provincial departments and hospitals, and police officers, gathered at Phuket Airport to wish the group well and to see them off, aboard a chartered Emirates flight to Dubai and Medina.

Additional flights for the island’s Muslim communities are scheduled to depart Phuket Airport from August 11-15. Phuket Governor Chamroen Tipayapongtada will convene a ceremony next Thursday to bless the pilgrims and extend best wishes to them on their Hajj.