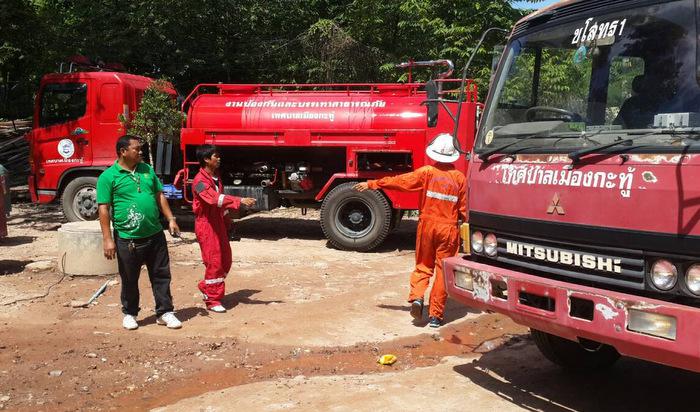 Three fire trucks were called to the packed camp of about 130 abodes at about 10am.

“Firefighters took about an hour to put out the fire,” Yongyoth Cheswichean of the Kathu Municipality told the Phuket Gazette.

Damage caused by the fire was estimated at about 65,000 baht.

“We have yet to learn what caused the fire. Police are looking in to it,” Mr Yongyoth said.