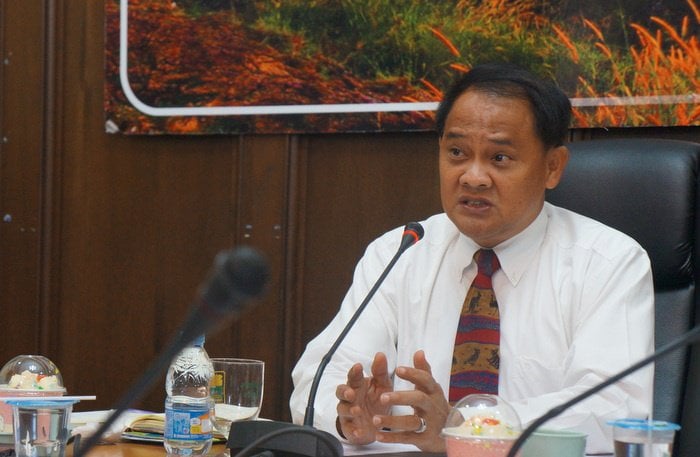 The announcement follows the death of a 12-year-old tourist on passenger ferry Ao Nang Princess 5, which burst into flames as it was headed to Phuket in April (story here and here).

More than 80 passengers and five crew were safely evacuated from a ferry. However, Israeli girl, Sani Manil, who was in Thailand on holiday to celebrate her Bat Mitzvah, was separated from her parents and unable to escape from the burning ship.

“The date for the boat to arrive has yet to be confirmed, but it will not be long, as the project was approved in the 2016 fiscal year budget,” said Governor Nisit.

The 30-million-baht budget for the 38-foot-long fireboat is set to be available in October.

“The fireboat will be stationed at the end of Rassada Pier,” Gov Nisit explained. “Such safety equipment is needed for the island to build up confidence among Phuket’s residents and tourists as we move toward becoming a regional maritime hub and world-class tourist destination.”

Many major moves have been made to promote the island as a regional maritime hub, such as the recent announcement of final regulations and requirements for one-year permits that allow foreign-flagged superyachts to charter in Thailand (story here).

Additionally, Tourism and Sports Minister Kobkarn Wattanavrangkul confirmed that special visas for foreign-flagged superyacht crew are expected to be rolled out by November (story here).

“Having the fireboat in Phuket will surely show the world that we take marine tourists’ safety seriously,” Gov Nisit said. “The boat will also be available for emergencies in nearby provinces.”