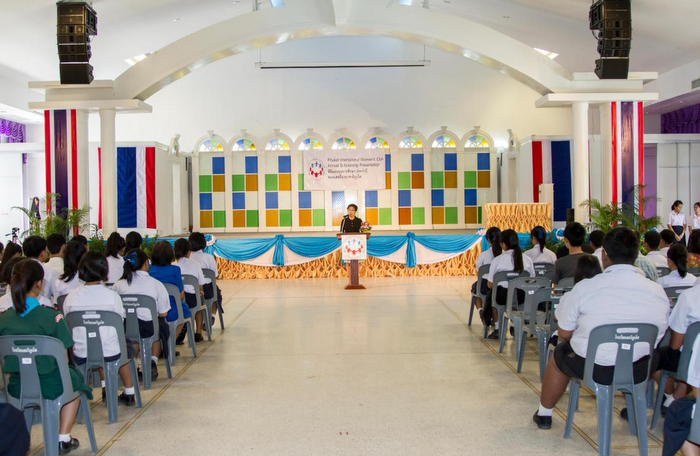 PHUKET: The Phuket International Women’s Club (PIWC) will reached out to yet another flock of young minds with more than 2 million baht worth of scholarships on August 19.

“We want to give a better future to students in financial need. We work closely with schools, colleges and universities as we move through the selection process,” said PIWC Scholarships Chairman Wipa Tanmanatragul.

“Once the facility selects those they believe are in need of the support, we will interview the students.”

This year PIWC will hand out 165 scholarship for secondary schools, vocational colleges, Phuket Rajabhat University and universities outside Phuket. The total number of scholarships issued each year depends on the financial needs of those receiving them and the success PIWC has with fund-raising programs, confirmed Ms Wipa.

“The students must be doing well academically, and really be in need of financial help to continue their studies. The most important element is their need, though their attitude is also important,” Ms Wipa said. “They must be willing to learn and try hard to make a better future for themselves.”

PIWC started handing out scholarships more than 25 years ago, and now is even receiving some support from students previously awarded the scholarship, each giving what they can. However, such return is not expected by PIWC members, said Ms Wipa.

“We don’t want anything in return from the students. We are proud of them and we will try harder to continue granting these scholarships,” Ms Wipa said. “We just want them to be good people.”