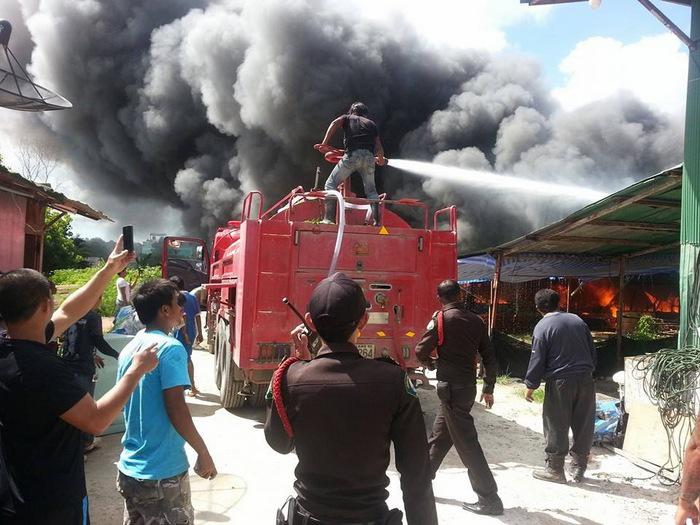 PHUKET: Flames ripped through a workers’ camp in Chalong this morning, completely destroying half of the houses and leaving the other half badly burned.

Firefighters and trucks from three municipalities – Chalong, Rawai and Wichit – were called to the scene at about 10am, a firefighter told the Phuket Gazette.

“It took us about 30 minutes to subdue the flames. By that time, 10 houses were gone,” said the firefighter.

The camp, made up of 20 houses for staff of Hat Yai Nanthakorn Co Ltd, is located near the Botanical Garden on Luang Pho Chuang Road, he added.

“We believe that the fire started in a house in the middle of the camp. After investigating the scene, we found an electric stovetop that we think the owner forgot to turn off before leaving for work,” said the firefighter.

“Fortunately, no one was around when the device caught fire. No injuries have been reported.”

Phuket Police rule out foul play in death of American