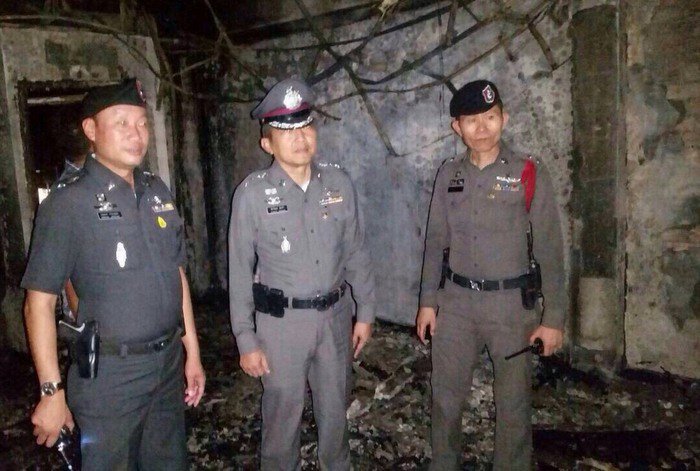 PHUKET: Tourists on Soi Bangla panicked after a hotel room along the popular party road burst into flames last night.

No one was injured in the incident, confirmed police. However, the blaze completely destroyed the room and its contents, causing an estimated 100,000 baht in damages.

The room was being rented out by Thai-national Marisa Dermthamram, who was at work nearby when the fire broke out, explained Patong Police Superintendent Chaiwat Auikam.

“We believe that the fire started from an electrical short circuit. However, Ms Marisa was taken to the Patong Police Station for questioning in hopes that she might be able to shed more light on what might have caused the fire,” said Col Chaiwat.

A similar situation is believed to be the cause of a fire that gutted ten shops on Phi Phi Don earlier this month (story here).

No resolution on horizon for Phuket lifeguard conundrum