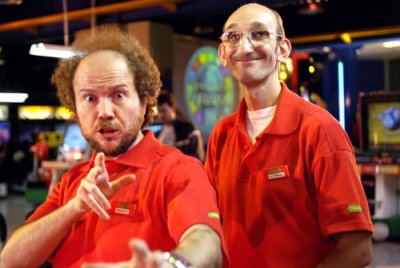 PATONG: The first Phuket Film Festival gets underway at the new SF Cinema City on the 3rd Floor of Jungceylon at 6 pm tonight. The week-long festival will kick off with a star-studded gala event before the screening of Dance Machine, a quirky comedy by Spanish director Oscar Aibar, who won Best Director award for his 1995 film Atolladero at the 1996 Fantafestival in Rome.

Tomorrow, a workshop entitled “Preserving the Past, Present and Future on Film” will be marked by a prestigious international UNESCO award presented to the Thai National Film Archives and a screening of Thailand’s last remaining English-soundtrack black-and-white feature film The King of the White Elephant” along with previously unreleased clips from HM King Rama VII’s trip to Phuket in 1928.

A reception with the Thai Minister of Culture will follow.

Also tomorrow, for the first time in Phuket will be the Academy Award winning An Inconvenient Truth and kids will have the chance to win original Surf’s Up merchandise as part of the Thailand premiere of feature film Surf’s Up.

As part of the festival, Peter Donnelly will sculpt his unique sand art for all to see on Patong Beach today through Monday. The subject of the short film Sand Dancer, Peter’s art is best seen from the air, so head for high ground for the best vantage point.

On Monday night, focus shifts to Filipino films with the screening of feature films Sarong Banggi and Batad. Many Philippine filmmakers and stars will join a question-and-answer session after the movie screenings.

On Tuesday will be a free lecture entitled What the Heck is Making Movies all About Anyway? Sign up at the Jungceylon information booth for this interesting lecture by James Mimikos from the European Media Program.

Friday features an Alternative Lifestyles evening of movies, with an interesting program of “Dinner, Movies and Cabaret” organized by Kinnara Tours.

The festival will close with the Thailand premiere of musical feature film Across the Universe, weaving Beatles’ tunes into a love story set against the backdrop of the start of the Vietnam War.

This Hollywood production, which premiered last month at the prestigious Toronto International Film Festival, will be screened at only three three film festivals in the world, the third being the Roma Film Festival that runs from October 18 to 27.

Phuket Film Festival movie goers are reminded to submit People’s Choice Award ballots to win free movie tickets and other great prizes. A daily lucky draw will be held from fully completed ballots, available upon entrance to the theater.

Winners will be contacted by email and phone, with a full list published in the Phuket Gazette at the end of the festival.

The Phuket Film Festival is presented by SFX Cinema City and Jungceylon, and sponsored by AirAsia and the Phuket Gazette.

Click here for the full schedule of movie screenings.