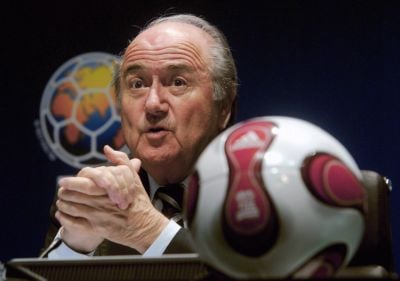 PHUKET: FIFA President Joseph ‘Sepp’ Blatter is set to visit Phuket next month as part of a whistle-stop three-day visit to Thailand.

Mr Blatter will travel to Phuket on September 15 to participate in the grand opening ceremony of the Tsunami Memorial Football Center with Phuket Governor Wichai Phraisa-ngop.

The sum was donated by FIFA’s Tsunami Task Force, which was established in the wake of the December 2004 disaster.

Following his stopover in Phuket, Mr Blatter will head to Bangkok, where he is scheduled to meet Prime Minister Abhisit Vejjajiva for dinner.

On September 16 Mr Blatter will attend the grand opening of an Astroturf pitch in the capital before visiting the new Thai Football Association headquarters.

Members of the Thai FA will hold a farewell party for Mr Blatter before he flies back to Switzerland later that night.

Mr Blatter is the eighth president of FIFA, having succeeded Brazilian Dr Joao Havelange in 1998.