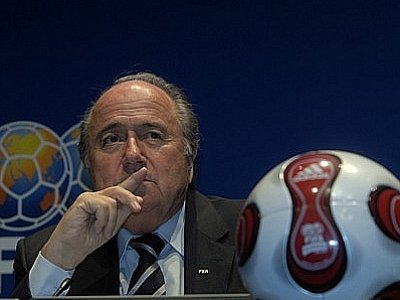 PHUKET: “There is no racism [on the field], but maybe there is a word or gesture that is not correct. The one affected by this should say, ‘this is a game’ and shake hands.”

FIFA President Sepp Blatter denies racism exists on the pitch during football matches and the odd misplaced comment could easily be forgiven and forgotten with a turn of the cheek and a handshake.

Blatter later attempted to suggest his comments had been misconstrued and that he was committed to the fight against racism in football.

Surely this latest “Blatter blunder” is enough to put the wheels in motion to have the 75-year-old removed from the leadership of FIFA.

Sepp is not in touch with the football world around him. He is a dinosaur, a relic that needs to be put in a time capsule for us to bury and for a future generation to unearth – no doubt to laugh at our stupidity for allowing a person with such an obtuse sense of judgement to head an organization that influences a sport played in nearly every country around the world.

The following is a selection of “Blatter blunders” on different issues.

Sexism: Blatter suggested women footballers should wear tighter shorts to increase the popularity of the game. Think it; don’t say it, Sepp.

Homosexuality: Gay football fans should refrain from sexual activity when attending the World Cup in Qatar where homosexuality is illegal. That would be terrible if FIFA was brought into disrepute for a bunch of fans enjoying their choice of sexuality – in a country whose former head of football has been recently banned for life for alleged vote buying – and bringing the game into disrepute.

Infedility: Sepp suggested that incidents such as John Terry’s affair with a teammate’s wife would be applauded in Latin countries. In other words, removing the England captaincy from Terry for his indiscretion was harsh and all South American footballers enjoy a good cuckolding, or their wives are promiscuous?

No wonder Luis Tevez is desperate to leave Manchester City to return home to Argentina.