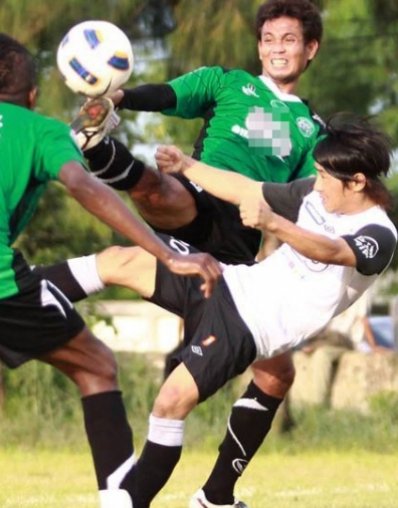 PHUKET: FC Phuket proved once again that it can conquer a Premier League team in a deserved victory over Bangkok Glass Football Club (BGFC) on Tuesday in Pathum Thani.

Phuket dispatched Thai Premier League (TPL) side Sri Racha in the Toyota Cup earlier this month in a two-leg encounter, 4-3 on aggregate.

Tuesday’s outing at Ho Saeng Chai Stadium was a friendly “warm-up” match and the Southern Sea Kirin were eager to lift their spirits after being knocked out of the Thai FA Cup by a single goal against TOT SC on July 20.

Fourth place in the TPL, BGFC, known as the “Glass Rabbits”, were not to be taken lightly by Phuket, who now sit in ninth place in the 18-team division one league standings.

New midfielder Jongrak Pakdee kicked off his Phuket career with promise when he opened the scoring on 24 minutes.

Sustained pressure from BGFC wasn’t enough to level the score going into halftime.

Forward Poramut Krongborisut doubled Phuket’s lead in the 66th minute to the dismay of BGFC fans.

The Glass Rabbits fought back hard and their efforts paid off when 27-year-old Brazilian striker Rafael Souza Silva Novais found the back of the net.

However, there would be no comeback and it was Phuket who prevailed at the final whistle with a score of 2-1.

Phuket are scheduled to re-commence league play on July 31 with an away game against Rajapracha, who sit 7th in the division one standings with 27 points from 17 games. Phuket, who have also played 17 games, have 24 points and are in ninth place.