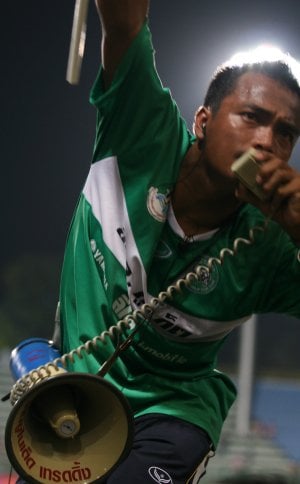 PHUKET: FC Phuket will take a giant step towards winning the Football Association of Thailand’s Division Two (Southern Section) if they can defeat Trang at home on Sunday.

FC Phuket are currently two points clear of Trang, with a game in hand. The last time the two sides met, back in April, Trang handed the Southern Sea Kirin their first loss of the season: a 2-1 defeat in Trang.

FC Phuket’s home form in the first half of the season was superb, with seven wins out of seven – but they failed to win a single away match over the same period.

FC Phuket play Trang this Sunday at Surakul Stadium in Phuket Town. Kick-off is at 6pm. Tickets cost 50 baht and are available on the door and fans are allowed to bring in their own refreshments, beer included.