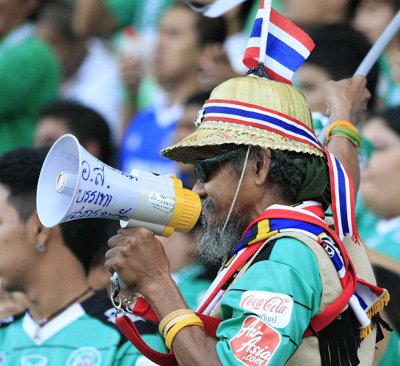 PHUKET: FC Phuket will take on Bangkok Christian College FC in the second round of the 2011 Thai League FA Cup tonight.

The match at Surakul Stadium will kick off at 6pm.

Anticipating a challenging home match up against southern rivals Songkhla FC on June 25, the match will be a chance for Phuket to tune up their skills.

Having been granted a first-round bye through the first round, tonight’s match will be Phuket’s first appearance in 2011 cup play.

Their underdog opponents, BCCFC, narrowly advanced from the first round after defeating Tak in a 5-3 penalty shootout following the 1-1 regulation score on April 27.

Win or lose, FC Phuket will travel to take on Thanyaburi FC at 4pm on Saturday, June 18, for another Toyota League Cup game.

Those heading out to join FC Phuket’s support group ‘The Hulk’ are advised to get there early and to sit in the covered section – or bring foul weather gear.

The latest forecast by the Meteorological Department calls for fairly widespread thundershowers covering 70% of the province and isolated heavy rain tonight, just the kind of conditions the sea dragons do best in.

Winds will be southwesterly at up to 45 kmh.