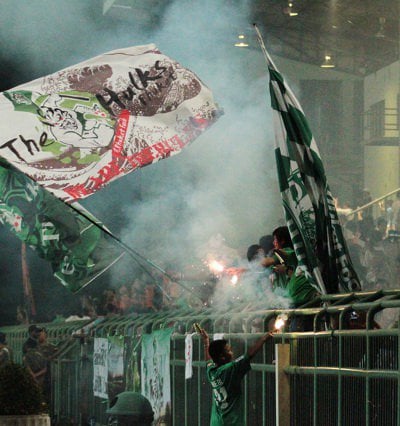 PHUKET: FC Phuket had a solid 2-0 win over Bangkok FC last night and now sit tied at the top of the table in Group B play in the “mini-league” for promotion to Division 1 of the Thai League.

In other Group B matches, Rayong FC drew at home to Chainat FC 1 – 1, while Loei City drew with Samut Prakarn by the same score.

As the only team to collect all three points last night, the Southern Sea Kirin move into a first-place tie with Rayong FC, both with 13 points.

Chainat FC are now in third with 11 points.

FC Phuket’s next match is at Chainat FC on December 12.

They close out the campaign with home matches against Rayong FC and Samut Prakarn FC.

See the next hard copy edition of the Phuket Gazette for a full match report.