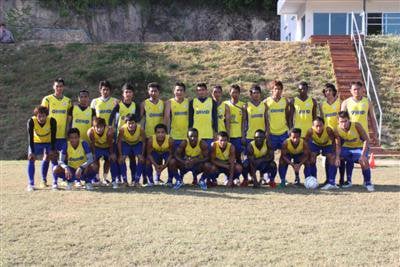 PHUKET: FC Phuket have a new squad, a new nickname and a new kit, but it was the same old story at Surakul Stadium yesterday, when they played to a scoreless draw against Phattalung.

The match was the first of the season in Division Two (Southern Section) play in the Football Association of Thailand.

Hopes were high for FC Phuket to record their first-ever home win against Phattalung, who finished dead last in the division last year, but when the final whistle blew neither side had found the back of the net.

Of three foreign signings, only one made the starting line-up. Nana Nenebi, from the Ivory Coast, was a commanding presence at the back and a constant danger from set pieces.

Midfielder Diarra Ali, also from the Ivory Coast, injured himself in training days before the match.

Striker Robert Odametton from Ghana, who looked extremely promising in pre-season training, disappointingly failed to agree to terms with the club.

There were very few goalscoring opportunities throughout the match and the Surakul surface, which appeared to have been partially re-laid, looked in poor condition and was not conducive to good play.

Last season’s outstanding player, midfielder Japan, was a surprising omission from the starting line up, but new manager Arjhan Songgamsub wasted little time in introducing him soon after half time in place of the disappointing Anurak, who missed on his one good scoring opportunity.

FC Phuket manager Arjhan asked the press to reserve judgment on the current crop of players until they have a few more matches under their belts.

“It is too early to judge. We won’t really know how good this team is until they have played more games together. I don’t know whether I will make changes to the side or not, but we will have to take a few days to analyze this performance first,” he said.

The state of the pitch was unsatisfactory, he added.

Officials said the newly laid sections of the pitch should by fine by the time Phuket hosts Nakhon Sri Thammarat in the next home fixture on February 28.

Before that, on February 20, they have a road game against Phang Nga FC.

Robert Odametton’s disappointing departure has left a vacancy for an accomplished striker, a hole that FC Phuket will need to fill if they are to be competitive this year.

Off the field, the level of organization has improved dramatically. There is even a club shop selling FC Phuket merchandise inside the stadium.

On the field there remains much work to be done.