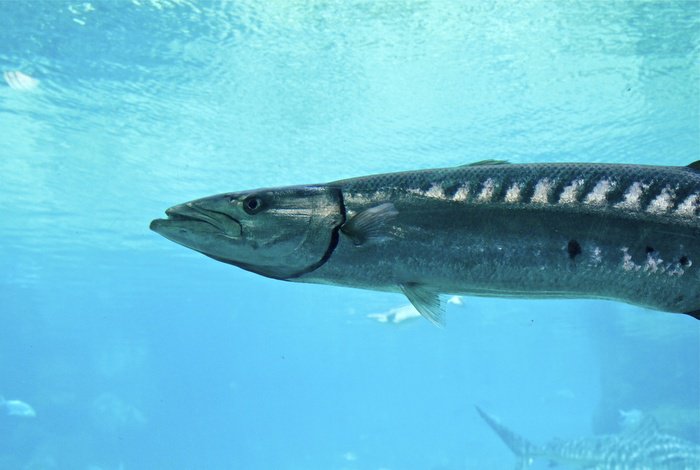 PHUKET: Experts are split, with many on the fence, about what species of marine animal is the culprit in the recent non-fatal ‘attack’ on an Australian tourist in shallow Phuket waters (story here).

At the forefront of suspected species is the bull shark. However, black tipped reef sharks, giant barracuda, trigger fish and even puffer fish have been tabled as suspects by specialists.

David Martin, shark behavior specialist and CEO of Kanaloa Nature & Films from France, who assisted Kongkiat Kittiwattanawong, chief of Phuket Marine Biological Center’s Endangered Species Unit, in assessing the wound is confident that it was caused by a juvenile bull shark.

“The wound on her foot could have only come from a shark. That shaped wound can only be made by triangular teeth, which only sharks have,” said David Martin, shark behavior specialist and CEO of Kanaloa Nature & Films from France. “The attack took place very close to shore, which is an area that we do find bull sharks. I am 90 per cent sure it was a bull shark, but not a big one. Maybe only 1.5 meters long.”

Though bull sharks are known to be among the few species of shark to attack people, they are not particularly dangerous or aggressive, said marine biologist and shark expert Dr Christine Dudgeon, who is based at the University of Queensland in Australia.

“I think it’s a bit hard to pinpoint this on a shark. Black tip reef sharks are pretty common on dive sites around Phi Phi (I’m not sure how common around Phuket beaches), but I’d be surprised if they are aggressive at all. They tend to be pretty timid. I can only think that one would bother to attack someone if there was a lot of stimulus in the water like bait fish or a bleeding fish if someone had speared one,” Dr Dudgeon explained.

“While bull sharks have been responsible for attacks on people in the past, the juveniles are usually fine. They tend to eat smaller fish and not larger prey species.”

“Where I live in Brisbane, we have a large and healthy bull shark population and there has only been one recorded attack in the last couple of decades from bull sharks.”

Thai shark researcher and freelance photojournalist Shin Arunrugstichai summarized the distribution of the species in the area.

“I have never heard of an encounter with a bull shark around the Phuket area, or seen them show up in historical fishing records for Phuket. However, some large specimens were caught in Krabi, and juvenile bull sharks were also caught around the river mouth near Phuket, so these sharks should be in the area,” Mr Shin explained. “Catch data [for Thailand] does show that these sharks are scarily overfished.”

Mr Martin confirmed that it was a ‘very, very rare’ situation when a bull shark would come into contact with people in Thailand.

“They live here, but despite them living close to shore, we rarely encounter them,” Mr Martin said. “Sharks don’t bite people because they know they are human; it is always a mistake of identity. I have been diving with bull sharks on many occasions.”

However, Mr Martin warned that bull sharks could be dangerous in particular situations, such as when swimming in areas they frequent to hunt.

However, neither Dr Dudgeon nor Mr Shin was convinced that the bite wound was that of a shark, based on a photograph sent to them.

A photograph of a shark allegedly caught at Karon Beach last month has been circulating on social media. Though, it has been shared out with the label ‘bull shark’, Mr Shin confirmed that it was in fact a black tipped reef shark.

Additionally, Tassapon Krajangdara of the Department of Fisheries has rejected assertions that the bite was from a shark.

“I analyzed the picture with doctors and other experts. If it was a shark attack, a whole piece of the victim’s body would be missing, not just a wound like this,” Mr Tassapon said. “The wound is triangular, so it must have been caused by an animal with a triangular mouth that can also access shallow waters, such as a puffer fish or trigger fish.”

Mr Tassapon pointed out that given that it wasn’t, in his opinion, a shark attack, tourist had nothing to fear.

Governor Nisit skated over the technicalities of the issue to deal directly with policy.

“The most important point is that we ensure tourists are confident in their safety when they go swimming in Phuket,” Gov Nisit told the Gazette.

“I have ordered officials to be on the lookout and have also asked hotels to educate tourists about what happened.

“These aren’t warnings, we are just urging tourist to be especially careful.”

Both the Royal Thai Navy and Phuket Marine Police have vowed that officers will be making special efforts to spot sharks or other potentially dangerous marine animals during their regular patrols of Phuket’s waters.

Meanwhile, Kata-Karon chief lifeguard Uten Singsom has urged tourists to swim only in areas that are being watched by his team.

“If possible, people should swim where others are,” Mr Uten said. “I believe animals are scared of people, so if they see lots of them, they won’t come close.”

Understanding the PhuketWan “not guilty’ verdict