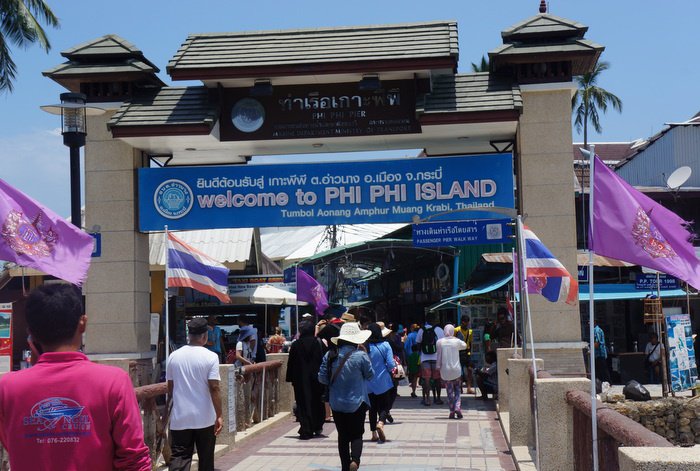 PHUKET: A special adviser will set up his office within Hat Noppharat Thara – Mu Ko Phi Phi National Park to review the national treasure’s policies and developments, as the Department of National Parks, Wildlife and Plant Conservation (DNP) continues to investigate hundreds of millions of baht disappearing during the collection of national park fees over the last three years.

“The goal is reform. I don’t care about the investigation or the results that the DNP will eventually reveal,” said Thon Thamrongnawasawat, a member of the National Reform Council (NRC), who will be taking up his post in Phi Phi within the next three weeks. “The national park covers more than 200,000 rai. However, they only have four officers and two small boats, which is just unbelievable.”

Dr Thon explained that all park entrance fees collected were supposed to be sent to the DNP main office in Bangkok and then redistributed to parks. However, quality proposals have to be submitted to the DNP for development and park management projects for any funds to be allocated.

“So, I will go there and help them write a strong proposal. For example, I will research what areas corals have been damaged in, and include an action plan on what is necessary to protect them,” Dr Thon said. “Phi Phi simply needs more in the way of human resources. There needs to be people in charge of the ticketing system, patrols, prevention efforts, protection efforts and research.”

A two-month, national-level investigation by the DNP launched in May uncovered unnerving discrepancies in the number of visitors to the park and the actual amount of money that could officially be accounted for.

“On May 17, only one day before DNP officers arrived, the amount collected for the Phi Phi National Park entrance fees was recorded at only about 80,000 baht,” Dr Thon said. “However, a day after, the amount became more than a half million baht. During the two-month investigation, June and July, they collected about one million baht on some days.”

As part of the investigation, Chaithat Boonphupantanti, chief of the national park, was transferred to the position of Director of Watershed Conservation. The new park chief was named as Sorayut Tansathian (story here).

Dr Thon has requested that a new national park fee system be implemented throughout Thailand in order to prevent money from disappearing into the hands of corrupt park officers. The system, expected to be in a testing phase by the end of the month, will be similar to that of Thai Thicket Major (story here).

“By doing this, we can ensure that all fees are being collected properly. Also, the DNP can better regulate the number of tourists visiting certain fragile ecosystems in national parks,” said Dr Thon.

“Local national park officers will still be sent out to check that tourists have bought tickets, but will not be permitted to sell tickets.”