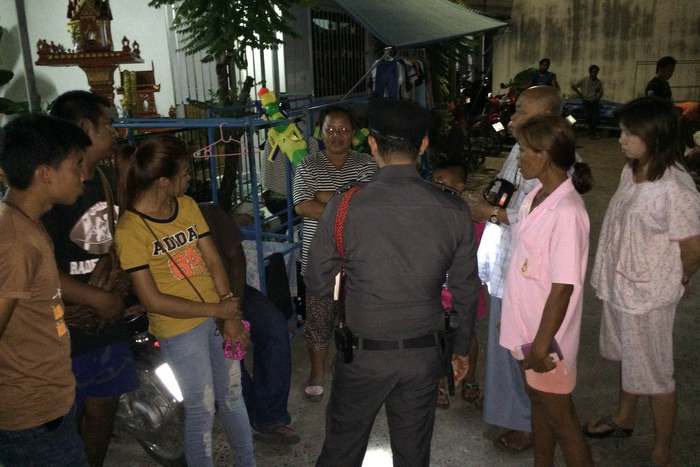 PHUKET: Police are searching for a man and at least two others after he threatened his ex-wife and their family with a gun in front of their home in Phuket Town on Wednesday night.

The man, named by police only as ‘Mr Ake’, rode up to the house with a group of friends on two motorbikes, Sirithorn Chanhom, 22, told police.

“My ex-husband, Ake, fired three bullets into the air and then the gang sped off said,” said Ms Sirithorn.

“It happened so fast. As soon as he started firing, we ran into the house and stayed there until he had left.”

At the scene, police collected one .22 bullet as evidence, said Maj Rachan.

Ms Sirithorn told police that this was not the first time her ex-husband had threatened her.

“He has attacked my friends and boyfriend. He never stops harassing me. I hope the police can arrest him soon,” she said.

Maj Rachan, the police investigator, told the Gazette that officers believe the attack was driven by jealousy.

“The couple, who have two children together, broke up a while ago and we have been told that they are both in new relationships,” he said.

“We are keen to find Mr Ake soon. We are also looking for the friends, so we can question them. Fortunately, no one was hurt.”

So far, police have named one of the alleged accomplices as ‘Mr Bao’.

Phuket lifeguards back on beaches “within a week’