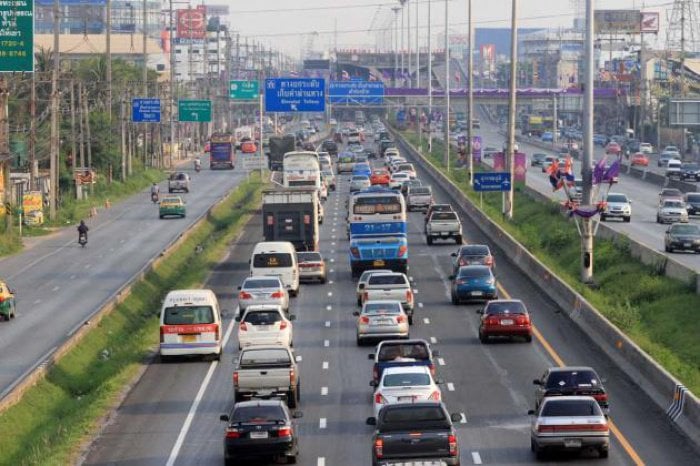 On Wednesday alone, there were 458 accidents that claimed 58 lives and injured 489.

With drunk driving continuing to be the major cause of accidents, the Public Health Ministry yesterday admitted that alcohol-control measures during the holiday period had not been as successful as expected. The ministry blamed, in part, a lack of cooperation from business operators.

On behalf of the Road Safety Centre, which closed its doors yesterday, Deputy Interior Minister Suthee Makboon announced that drunk driving (39.31 per cent) and speeding (24.35 per cent) remained the two major contributors to most road accidents.

Motorcycles were involved in the majority of accidents (81.34 per cent), while 62.89 per cent of accidents took place on straight stretches of road.

The five provinces that did not report any deaths were Phuket, Mae Hong Son, Yala, Samut Songkhram and Samut Sakhon.

The centre’s work would be used in an attempt to improve holiday road safety, Suthee said.

The deputy minister said that the rise in road accidents this year was due to the higher number of cars and tourists, while summer storms posed more risks to motorists, especially motorcyclists.

The ministry planned to expand the checkpoints to all villages for the 2016 New Year holiday, he added.

Disease Control Department chief Sopon Mekthon reported that the ministry’s alcohol-control measures over the past two week had resulted in 602 arrests.

Sopon said officials would continue this operation for seven days after Songkran as some areas still hosted celebrations.

He said people drank more during festivals so officials had to be stricter and business operators should cooperate more with them by being aware of the social security issues linked to drinking.

Meanwhile, 400-strong city operation to clean Silom area during the festival resulted in 30 tonnes of garbage being collected on average per day compared to 100 tonnes per day last year.

Meanwhile, the number of people injured in fights and treated at the Silom first-aid centre peaked at 12 on Monday compared to between 30-40 injuries per day last year.