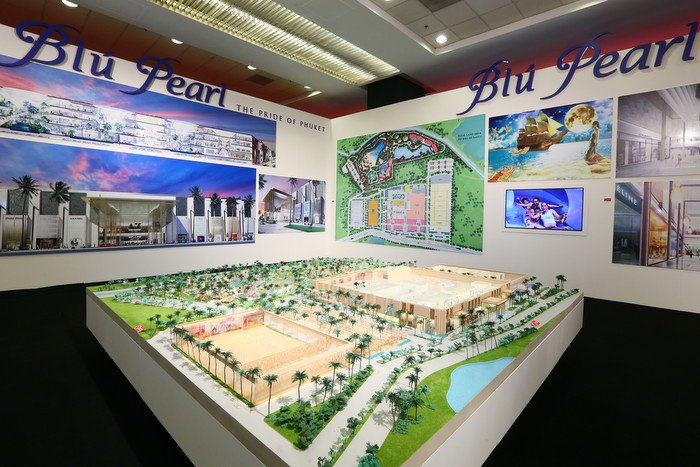 PHUKET: The island’s reputation for attracting luxury tourists with its azure seas, coral sand coves and boutique resorts is being transformed by recent demographic shifts which are seeing wealthy visitors to Phuket spending more time away from the beach in pursuit of retail therapy.

Shopping is becoming the main activity for luxury travellers coming to Phuket from within the region. The fact that two multi-billion-baht retail developments are due to open by the end of next year are testament to the “new rule book” which has emerged for the island’s tourism industry over the past few years, says Bill Barnett, managing director of C9 Hotelworks.

“Phuket is not about the beach anymore,” he says. “The trend which we identified in our research in 2013, where more middle-class Asians are looking to spend their time away from the beach and in luxury malls, continues.

“Phuket will become known as a luxury retail destination as the demographics continue to change and shopping emerges as the key driver of tourism. It will no longer be about the legacy tourist market from Europe.”

“In recent years Lotus Arts de Vivre has seen a steady development in both the increase in the number of clients coming to our boutique on the island and in their diversity,” he says. “We have always welcomed a large number of wealthy visitors from Europe, the United States, Hong Kong and Singapore. They are now being joined by an increasing number of luxury travellers from India and mainland China.”

Statistics provide further evidence of the scale of the shift in tourism activities. Research by C9 Hotelworks shows that shopping is the second-largest expenditure after accommodation for international visitors to Phuket. Retail accounts for about one quarter of their total spending, with three out of every four tourists spending time in a mall during their stay.

This trend is expected to grow with next year’s launch of two projects from Thailand’s leading retailers. The Mall Group is constructing Blu Pearl Plaza, a 20bn-baht retail and lifestyle center in central Kathu which will feature a waterpark, resort and an 8,000-seat conference and exhibition center.

Meanwhile, Central Retail Corporation is investing more than 10bn baht to expand its footprint on the island with the development of a new 300,000-square-meter center, which the retailer says will be the largest in Southern Thailand. Located opposite Central Festival Phuket, the complex will offer luxury retail outlets, global fashion brands, a new dining concept for the island, entertainment facilities and a large-scale convention hall.

When the project was announced, Tos Chirativat, CEO of the corporation, said: “The new era Central Festival Phuket, which will have a major launch at the end of 2016 with a grand opening budget of over one billion baht, will help make Phuket a world-class city for luxury travellers. Phuket will never be the same again.”

Changes are also taking place at the other end of the business spectrum. Rose Maitland Smith is pioneering high-end retail in Phuket’s Old Town with her Old Town Gallery, which opened six months ago. The business, which is located in a renovated Sino-Portuguese shophouse on Thalang Road, sells European antiques, contemporary furniture and home decor, as well as paintings and sculptures produced by local artists.

“People are genuinely surprised when they see the gallery,” she says. “We’re surrounded by shops selling roti and t-shirts. The first response when people walk through the door is, ‘Wow’.”

Ms Smith says she doesn’t sell products at ‘crazy prices’, with artwork priced from about 30,000 to 80,000 baht and furniture ranging from 9,000 to 120,000 baht. Nevertheless, the business is
targeting tourists in the higher-spending segments, with customers coming from Europe, as well as designers looking to decorate the interiors of homes and villas.

“We’re currently the only people doing this in Phuket’s Old Town, but the response from customers show there’s clearly a demand,” she says.