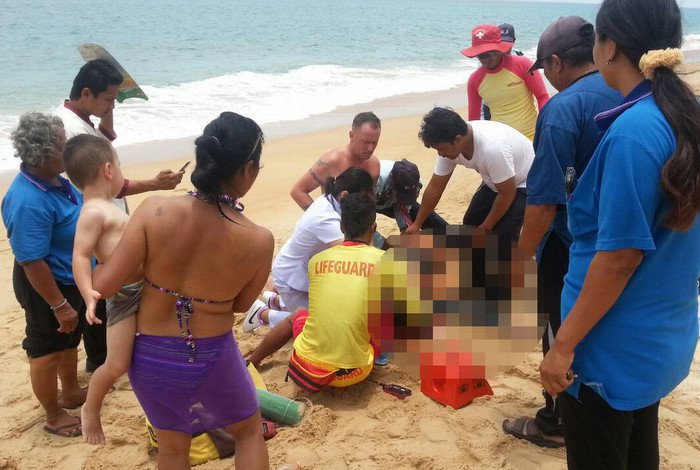 Uthai Wongpen, 45, was pulled from the water by Centara Grand Hotel lifeguards on patrol in the area.

“We were told by eyewitnesses that Mr Uthai was catching mole crabs in knee-deep water, when he suddenly collapsed into the sea. He was floating in the waves for about five minutes before lifeguards were able to get to him,” explained Maj Santi Prakobpran of the Tah Chat Chai Police.

Mr Uthai was immediately taken to Thalang Hospital. He was pronounced dead on arrival.

“His relatives later told us that Mr Uthai had epilepsy and that he may have suffered an episode and fallen into the water,” Maj Santi added.

Doctors declared the cause of death as drowning, confirmed Maj Santi.