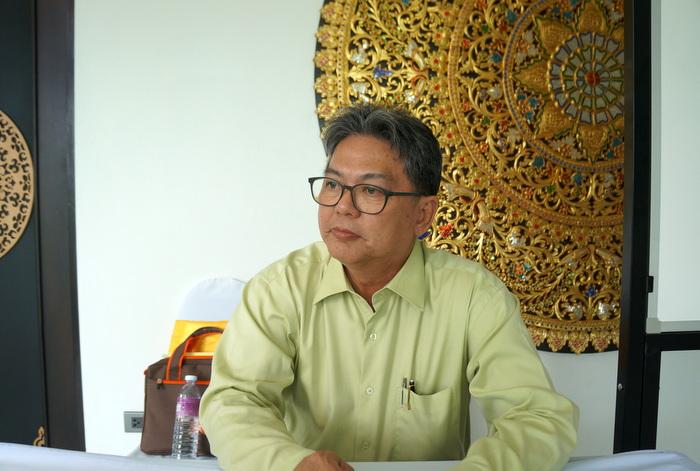 PHUKET: A government-backed campaign is trying to raise public awareness in Phuket ahead of the August 7 vote on a new draft constitution.

Phuket Election Commission (PEC) director Kittipong Thiengkunagrit said this week that his office is encouraging an estimated 297,000 voter turnout for the referendum, put forward by the National Council for Peace and Order (NCPO) through the Constitution Draft Commission.

An unofficial English translation of the draft constitution is available here.

“As part of the Election Commission of Thailand, it is our responsibility to make sure the voting is trustful and fair,” Mr Kittipong told the Phuket Gazette. “Each province has its own committee, chaired by its provincial governor, to ensure fairness. Our goal is to get at least 80 per cent of eligible voters to cast their ballots.”

Thai nationals and naturalized Thai citizens aged 18 years and over (who have had at least 5 years of Thai citizenship) are eligible to vote in the referendum, as long as they were born before August 9, 1998 and have been residents of their polling location for at least 90 days.

A Thai ID card or any other card issued by the government with the holder’s picture and identification number on it are also required.

Mr Kittipong stated that several projects have been established to raise awareness of the constitutional referendum in Phuket. The PEC has reportedly set up a network with each local government in order to conduct public relations campaigns to encourage voting.

“We have all village leaders and student volunteers in our network – 280 students from seven schools are also canvassing to help raise public awareness of the vote. A hundred of those are Territorial Defense Students who will also assist at 50 polling stations,” he said.

Mr Kittipong said there are 370 polling stations in Phuket. However, people who are registered in other provinces may not cast their vote in Phuket if they did not register to vote outside their home district by July 7. “There are 3,065 voters who have registered to vote in Phuket from elsewhere, either on line, by mail, or in person,” he explained.

Phuket Provincial Hall has confirmed that a ban on alcohol sales will begin by 6pm on August 6 and continue until midnight of August 7 – the constitutional referendum voting day.

If the referendum passes, the draft constitution is expected to be ratified within 30 days.

“This is a matter of national importance,” Mr Kittipong said. “Thai people will have a chance to exercise their rights whether or not they accept the draft constitution. It’s very important that Thai people understand the 279 sections in the constitution and be aware of what they are voting for.”

Mr Kittipong told the Phuket Gazette that so far there have been no incidents of Phuketians breaking the Referendum Act.

A Krabi lawyer surrendered himself to the police on July 16 after he became the first person in Krabi to breach the Public Referendum Act via a Facebook post (story here).