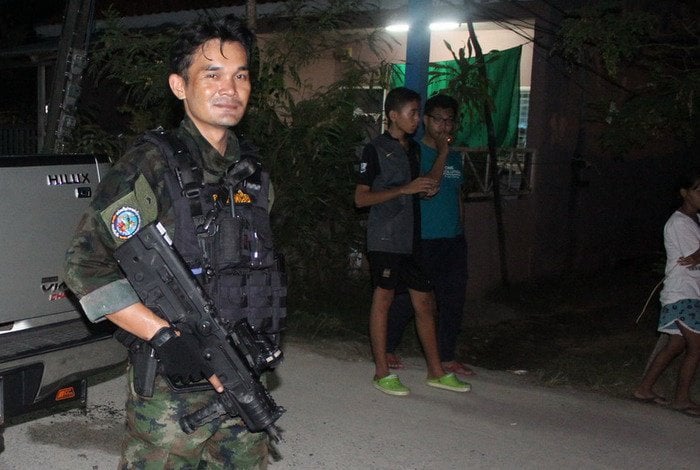 PHUKET: Eight people were arrested for drug use and gambling following a joint police-navy raid in Phuket Town last night.

“We received a report from neighbors that there was gambling and regular disturbances at the house,” Phuket City Police Deputy Superintendent Khunnadet Nanongkhai told the Phuket Gazette.

“There were eight people, two women and six men, at the house on Soi Tah Jeen when we arrived. They attempted to flee, but we caught them all.”

Police seized drug and gambling paraphernalia at the scene, including 71,007 baht cash, 590 milligrams of ya ice (crystal methamphetamine) and one tablet of ya bah (methamphetamine).

The group was playing a popular three-dice gambling game known as ‘High-Low’.

“They were all charged for gambling and possession of a Category 1 Drug,” Col Khunnadet said.