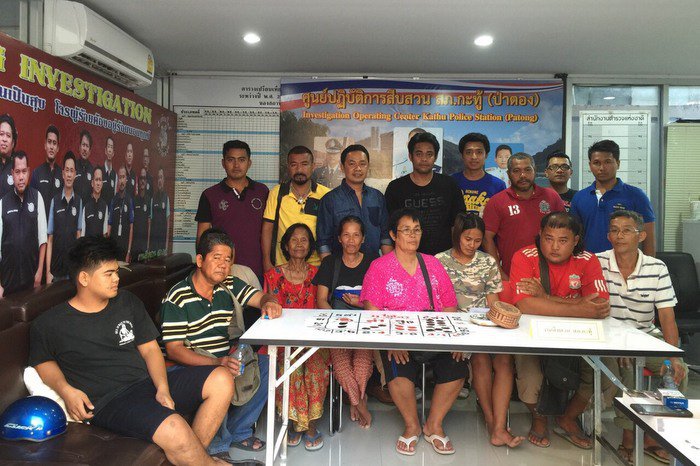 PHUKET: Eight Thai nationals and one illegal Laotian were arrested for gambling in Patong on Tuesday.

Police raided a rented room on Phra Metta Road after having been tipped off by locals about a group of people who were gathered there to gamble, Lt Col Sutthichai Thianpho of the Patong Police told the Phuket Gazette yesterday.

“There were nine people gambling in the room when we arrived. They tried to escape, but we managed to arrest them all,” said Lt Sutthichai.

“In addition, Mr Haitoon was charged for illegally entering Thailand.”