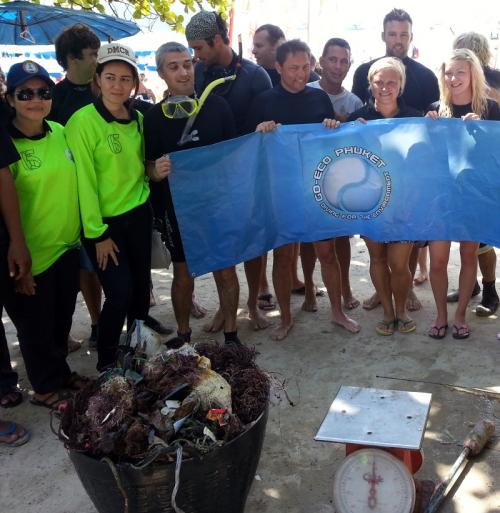 PHUKET: Earth Day, underway in Phuket and around the world Monday, will see local residents, tourists and island visitors take to Kata Beach in an effort to preserve the island’s environment with Go Eco Phuket’s beach cleanup.

Those wanting to take part in the Earth Day activity on Kata Beach are encouraged to meet at 8:30am at the north end of the beach.

“This Earth Day, as we face even greater environmental threats than ever before, Go Eco Phuket has asked the diving community of Phuket to join forces again with a small cleanup event,” Kerry Leach of Go Eco Phuket told the Phuket Gazette.

“Both divers and non-divers are encouraged to participate in the event, which will have the local municipality on hand to properly dispose of the debris,” Ms Leach added.

Earth Day dates back to April 22, 1970, when over 20 million Americans took to the streets, parks, auditoriums and classrooms across the country to demonstrate for a healthy environment and a sustainable way of life. The events of that day led to the creation of the US Environmental Protection Agency and the passage of the Clean Air, Clean Water and Endangered Species Acts. It was the birth of the modern environmental movement, which now has torches being carried across the globe – including Phuket.

Earth Day now sees over one billion participants taking action in 192 countries, making it the largest civic observance in the world.