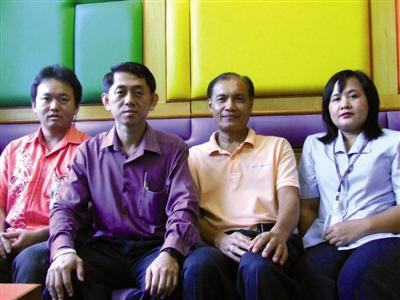 PHUKET TOWN: Phuket police are at war on drugs. Rarely does a week go by without fresh arrests for narcotics possession, ranging from kids caught with a handful of pills to dealers trading shipments worth hundreds of thousands of baht.

Ya bah (methamphetamine) remains the most popular, although Phuket Police recently warned that ya ice (crystal methamphetamine) is taking its place as the drug of choice among those who can afford it.

Both drugs are powerful stimulants linked to violence and crime, and both are highly addictive. While the police battle with the drug trade is well publicized, island hospitals are quietly treating addicts.

At the drug treatment center at Vachira Phuket Hospital, medical staff have found that the overwhelming majority of patients who enter the treatment program under court orders never complete the course.

In contrast, those who sign up of their own volition usually complete the program and many kick their drug habits for good.

Those seeking treatment for substance abuse problems can contact the Psychiatric Ward at Vachira Phuket Hospital. Cost of the 11-class course is 4,600 baht, not including any medications that might be required.

Foreigners are welcome to attend, but the language of instruction is Thai.

For an in-depth report about the Vachira Phuket Hospital program, including interviews with recovering addicts, pick up a copy of the Phuket Gazette on newsstands now.