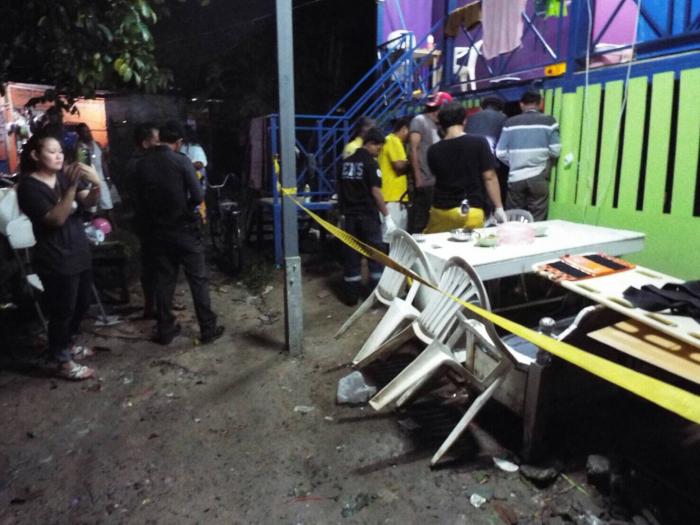 PHUKET: A 23-year-old man died in Thalang last night after he was stabbed in the neck and chest by his 31-year-old drinking buddy.

Thalang police confirmed this morning that the body of Boonnam Ravea, 23, was found in a pool of blood at a house in Moo 7 in Srisoonthorn at 12:30am.

Mr Boonnam’s body had stab wounds under his chin, left shoulder, under his right arm and on the left side of his chest,” Thalang Police Lt Sunan Petnhu told the Phuket Gazette.

Eye witnesses told police that Mr Boonnam had been drinking with his friend, Suriyan Phudinsai, 31, and that the pair got into an argument that escalated into a physical fight.

Mr Suriyan fled the scene on a motorbike with his girlfriend, it was reported, but returned to the scene around 3:30am still armed with a 38cm-long knife and was promptly arrested.

Police confirmed that Mr Suriyan confessed to killing his drinking buddy and has been charged with murder with intent while police nail down further details of the argument.

1 killed, 26 injured as coach to Phuket flips on wet bend