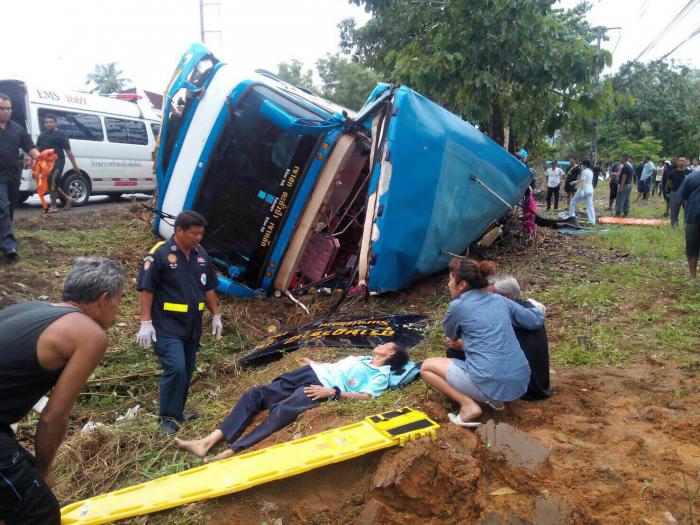 PHANGNGA: One man was killed and 26 passengers injured when the driver of a double-decker bus lost control in a sharp curve on a wet road in Phang Nga yesterday afternoon.

The bus left the road and flipped, ending up on its side, crumpling the top deck and killing a naval officer based at the Third Area Naval Command in Phuket. Police name the officer as Nanthachai Boontharit.

The driver, Pramual Mandee, 39, from Nakhon Sri Thammarat, said the coach was carrying 35 passengers when it departed Surat Thani for Phuket.

So far, no charges have been brought against the driver while investigations continue, the police say.