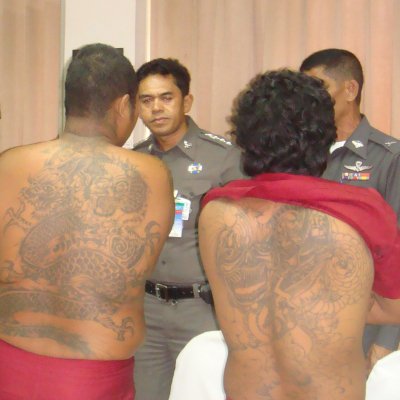 PHUKET CITY: Three members of the so-called ‘Dragon Gang’ wanted for a string of robberies in Phuket City were arrested yesterday as part of a pre-Vegetarian Festival crackdown.

The police said the gang was responsible for more than 20 cases of motorbike and cellphone theft.

The three men confessed to charges of robbery and drug possession.

The police arrested Mr Rachan in possession of ya ba (methamphetamine) after a tip-off, before rounding up the other two members.

Col Wanchai said the police had received a lot of robbery reports from teenagers in Phuket City.

“Finally, we’ve got them,” he said. “I’m quite sure this is the last robbery gang we’ll see in Phuket City.”

Maj Gen Pekad said the police would be devoting serious manpower to rounding up more criminals before the Phuket Vegetarian Festival starts next Sunday.