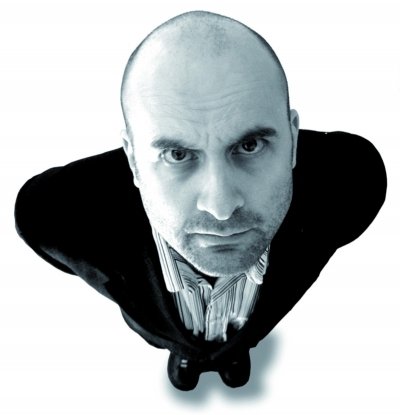 PHUKET: It’s that time of the month again – no, not that – when Phuket expats head for Patong for an unadulterated dose of one-liners from a trio of comedians.

Yes, the Phuket Punchline Comedy is here – well – Wednesday night at the Holiday Inn Patong to be more specific. For more specific specifics, read on.

Three very different acts from the highly-respected UK comedy circuit are set to amuse and entertain, each with their own inimitable comedy styles.

On the night, sit in the front row at your own peril, as past performers have unleashed a torrent of abuse on those silly enough to park their bums stage-side.

Compere for the evening is the high-energy, high-camp David Morgan. Erupting on to the comedy scene, Morgan compered the critically-acclaimed first installment of the Lunchtime Club at the Edinburgh Fringe Festival in 2009.

A born presenter, Morgan’s friendly style and ability to involve the entire audience are fast-establishing him as one of Britain’s brightest comic talents.

Also on the card is the unique and imaginative Dan Evans. Over the past decade his hilarious brand of twisted logic has delighted the British public during times of crisis.

Described by The Scotsman as “skillful and surreal”, Evans has also written for such shows as “Rory Bremner Who Else?” and Channel 4’s, “The Eleven O’Clock Show”.

Vladimir McTavish completes the line-up. A showman of the highest order, he has a vast comedic pedigree which includes 12 Edinburgh Fringe Festivals and numerous television credits.

McTavish was a regular performer on the BAFTA-nominated “Live Floor Show”, playing the character Bob Dolally. He has also written for such comedians as Stewart Lee and the irreverent Frankie Boyle.

The trio arrived on the island on Monday and headed straight down south to the Friendship Beach Resort in Rawai to celebrate Dan’s 45th birthday.

After their Phuket gig (Wednesday, tomorrow, don’t miss it), the trio will perform in Hua Hin on Thursday and then Bangkok on Friday and Saturday.

The Punchline Comedy series is sponsored by the Phuket Gazette.
Doors open at 8pm, with the show due to begin at 8:30pm. Tickets, at 960 baht, can be bought from a number of outlets across the island.

Entrance on the night will cost 1,200 baht. For more information visit www.phuketcomedy.com

Thailand vows to get tough on frauds against foreign tourists