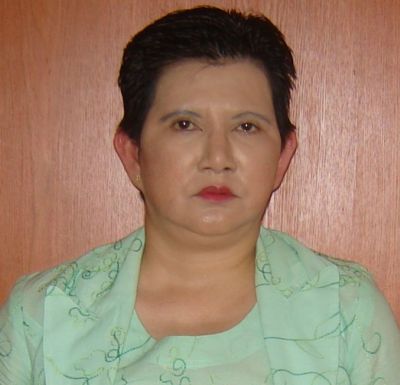 CHERNG TALAY: A doctor at a clinic in Bang Tao has been charged with practicing medicine without a license after allegedly administering an injection that resulted in a local boy nearly losing the use of one of his legs.

Tassaneeporn was one of three doctors working at the clinic. When police arrived, she was in the middle of a consultation with a patient.

Dr Paisan explained that Tassaneeporn was brought to his attention three months ago after he received a complaint from local parents whose six-year-old child had received an injection in the hip from her.

The injection was a flu vaccination even though the boy was already showing symptoms of having a cold, he said.

Dr Paisarn explained, “The injection to the child’s hip resulted in him losing strength in one leg. He couldn’t walk on it even after days of rest at home.

“The parents took him to Vachira Phuket Hospital for an x-ray and to continue treatment, but the x-ray revealed that nearly all the tissue in his leg had atrophied.

“We have since helped him with treatment, but he has yet to fully recover and he is still at Vachira Hospital,” Dr Paisarn added.

“His family is not wealthy, so they asked Vachira Hospital for help with the cost of the boy’s treatment. That’s when we checked with the Ministry of Health for Tassaneeporn Kachane’s profile and could not find any record of her,” he said.

“We have since had many people come forward claiming they were not happy with the treatment they had received from her,” said Dr Paisarn.

Tassaneeporn has been charged with presenting herself as a doctor and for practicing medicine without the necessary qualifications.

Sub Lt Suppachai Puthkaew of Cherng Talay Police told the Gazette, “She has acknowledged the charges against her and has been released after posting 50,000-baht bail.”

He added that police are continuing their investigation into the charges against her.

Dr Paisarn added, “We have checked the other doctors working at the clinic and have found they are fully legal and qualified.”