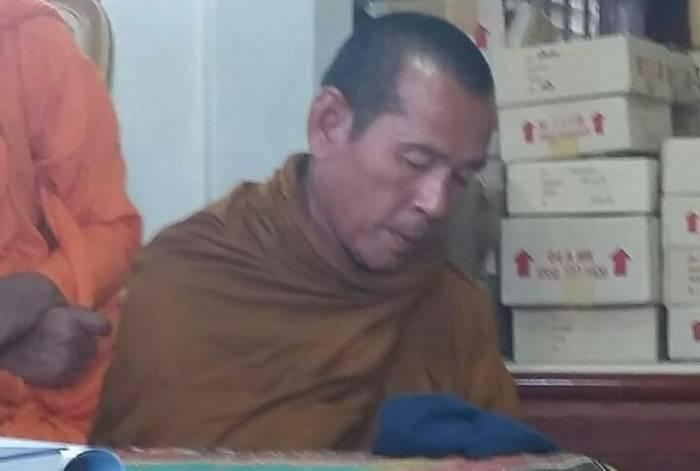 “By the time we arrived, Mr Somsak had already collected 4,200 baht,” explained Lt Preechaphat Sangnoi of the Phuket City Police. “We asked to see his monkhood registration, but he was unable to provide it.”

Mr Somsak was taken to Wat Mongkhon Nimit to be questioned by the abbot.

“He confessed that he had been kicked out of the monkhood in December last year for inappropriate behavior. He apparently had been asked many times to improve the way he conducted himself, but failed to do so,” Lt Preechaphat said.

Mr Somsak left the island for his hometown, but returned to Phuket about three weeks ago to collect alms.

He taken to Phuket City Police Station and charged with impersonating a monk.