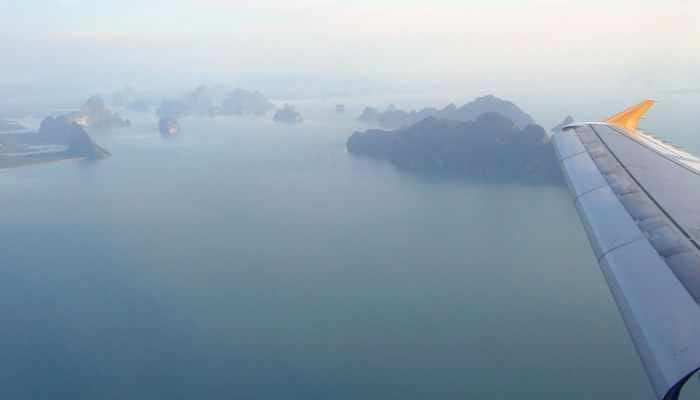 PHUKET: Two lucky people out of the more than 500 who took part in the Phuket Gazette’s 2014 Reader Survey have won a free ride over the island in the company’s new airplane.

Each person who completed the survey was issued a lucky number.

Maintaining our promise of anonymity in the survey, the winners’ names will not be announced unless and until they authorize us to do so. Assuming green lights, we’ll reveal the names shortly. Assuming otherwise, you’ll never know – unless they start bragging about their prize and telling people how much they enjoyed it.

With Snow White and the Seven Dwarfs coming to town next Saturday and Sunday (event here), the three lucky winners holding numbers 1814, 4570 and 8799 have each landed two free tickets to either that show or their choice of any one of the other upcoming Gazette Headline Events before the end of this year.

Five other lucky winners can claim their stylish Gazette polo shirt at the Phuket Gazette office (map here) when they come forward with the following numbers: 3834, 0352, 4328, 2646 and 6978

Prize or no prize, we want to thank all of you, our loyal readers, for taking the time to give us the feedback necessary to continue to adapt our stories to meet your needs.

Those with the winning numbers should contact the Gazette at Isaac@PhuketGazette.net with their confirmation code for their prizes.

Only seconds in it on final day of Samui Regatta