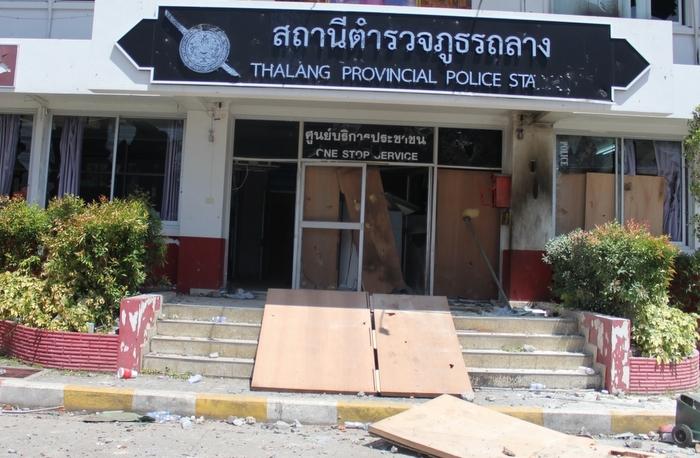 PHUKET: Police have ruled that two men killed in a police chase, the alleged catalyst for the Thalang Police Station riot in October, was an accident.

Patomwat Panarak, 22, and Teerapong Srisamut, 17, were killed after fleeing a police check point on October 9. Officers crashed their car into the men’s motorbike in an attempt to stop and apprehend them (story here).

Both men died at the scene, where police found fifty ya ba (methamphetamine) pills in their possession.

The circumstances surrounding the deaths sparked the riot at Thalang Police Station, which caused six million baht worth of damages to the building and nearby vehicles (story here).

During the investigation, the officers involved in the police chase were transferred out of the province, but have since returned to work in Thalang.

“If the relatives of the deceased are unclear about the results, I urge them to come and see me for further details and explanation. We want justice for everyone,” said Region 8 Police Commander Tesa Siriwato on Tuesday.