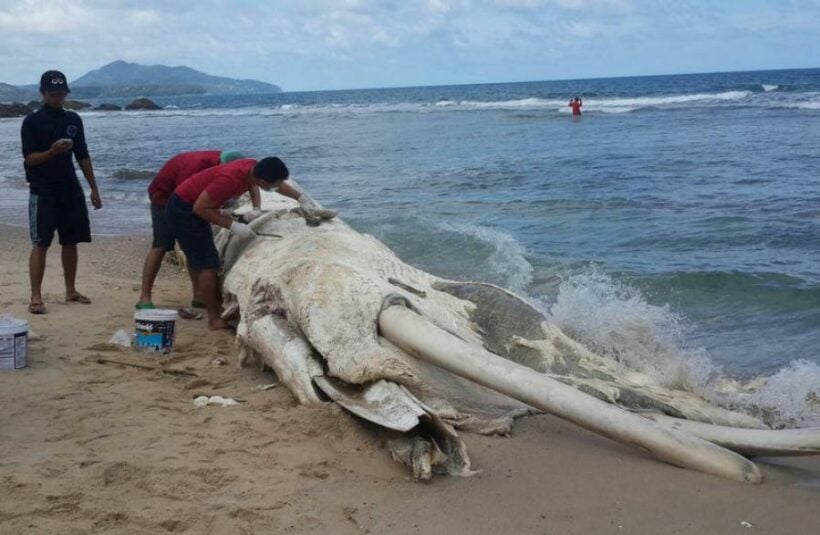 PHUKET: Another dead marine creature, this time a bryde whale rarely seen in these parts, washed ashore at a Phuket beach yesterday.

The 10-meter-long animal was missing its tail. It was stinking and its skin was falling apart.

Officials from the Phuket Marine Biological Center (PMBC), National Park Preservation Unit 4 and Cherng Talay Police arrived at the scene at Nai Thon Beach (near the Trisara resort) to investigate.

PMBC officers collected DNA samples for testing and further investigation. They concluded that the whale had been sick and died about three weeks before it washed up here.

“This was a 15-year-old male bryde whale, very rarely found here. We usually see them in and around the Gulf of Thailand, which is on the other side of Thailand. It probably washed up here due to the stormy weather,” said Janewit Wanich from the Department of Rare Marine Animals.

Last month, a dead turtle in an advanced state of decay washed up at Surin Beach (story here), two days after a beached whale in a similar state was discovered in the same place (story here).