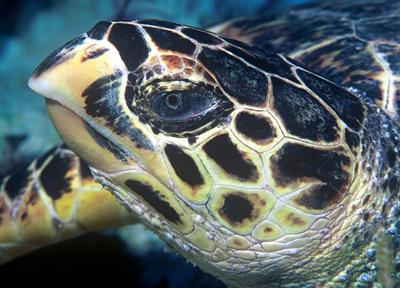 Kanjana Adulyanukosol of the Phuket Marine Biological Center (PMBC) at Cape Panwa said workers from the Kusoldharm Foundation delivered the 30-kilogram carcass to the PMBC’s Endangered Species Unit for examination around noon yesterday.

Although the carcass was in an advanced state of decomposition, wounds to the animal’s mouth, lower carapace and back right flipper indicate it may have become entangled in fishing equipment and drowned.

Once abundant in the waters around Phuket, there are no known hawksbill nesting sites on the island anymore, she said.

As for reports of leatherback turtles laying eggs at Mai Khao Beach, Miss Kanjana said she thought the two clutches with a total of 145 eggs were laid by the same female, as leatherbacks can lay as many as five clutches over a single nesting season.