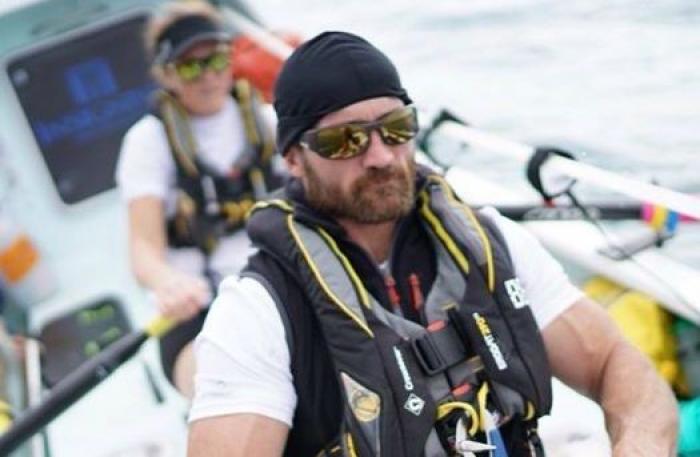 PHUKET: Only three days into an estimated 2-month voyage of rowing across the Atlantic, the Row2Rio team is already facing enormous physical and mental challenges.

“It was a brutal first day and night, sea sickness had three of us spewing all at once, only Jake seemed unaffected. I was sure I was about to die,” wrote Australian expat and head coach at Unit27, Luke Richmond. “We had a nice visit from a pod of dolphins just as the sun was going down, they were most definitely thinking what the hell are you bunch of idiots doing out here.”

Mr Richmond was the first of the three to recover, finally able to keep down both food and drink. However, Susannah Cass from Ireland and Mel Parker from the United Kingdom were still feeling the drain of a long spell of seasickness.

Additionally, a malfunctioning auto tiller that got the team rowing in circles took the team about two hours to fix.

“By day three, sleep deprivation has kicked in and I’ve caught myself falling asleep in the rowing seats a few times, clashing oars with Mel to wake me up again,” wrote Mr Richmond. “As the sun rises each day, so does our spirits and now the waves and wind seem to be in our favor. It seems as though the rowing side of this adventure is going to be the easy part.”

Originally set to depart on February 21, the team’s 50-60 day journey was delayed due to a large, inbound weather system. They were finally able to launch the boat for their journey on Monday morning with the plan of rowing for two hours and resting for two hours, as they slogged through the journey from Portugal to Brazil

The journey is timed to coincide with the Olympic venue making its crossing from London to Rio de Janeiro. The Row2Rio team created the challenge to honor the Olympics. The team intends to follow the Olympic journey using sheer human power through a combination of rowing and cycling. The team will first cycle from London to Portugal, then rest up and prepare for the sea leg. Once they touch shore in Rio, the three original team members will be saddling up for the last leg of the journey to Rio.

The route itself has never before been completed, meaning that the Row2Rio team will be the pioneers. With full backing from the Ocean Rowing Society and support from ocean rowing experts, they have plotted a route that will allow them to complete the journey using only an ocean rowing boat, bicycles and the team members’ determination.

Though the challenge is set to pay tribute to the athletic feats of man, it is also raising funds for Macmillan Cancer Support – an entirely different kind of battle and test of the human mind and body.

“We fully support their ethos that no one should face cancer alone, currently one in four people are isolated facing cancer. Our target is 200,000 pounds of which 75,000 pounds will be to fund the boat (which we’ll sell at the end and donate the proceeds to Macmillan) and 125,000 pounds for the charity, which is enough to fund two Macmillan Nurses for two years,” explains the Row2Rio website.

Follow the team’s journey on Facebook at Row2Rio or support their efforts to raise money for Macmillan Cancer Support by clicking here.

Urgent: Blood needed to save American, 24