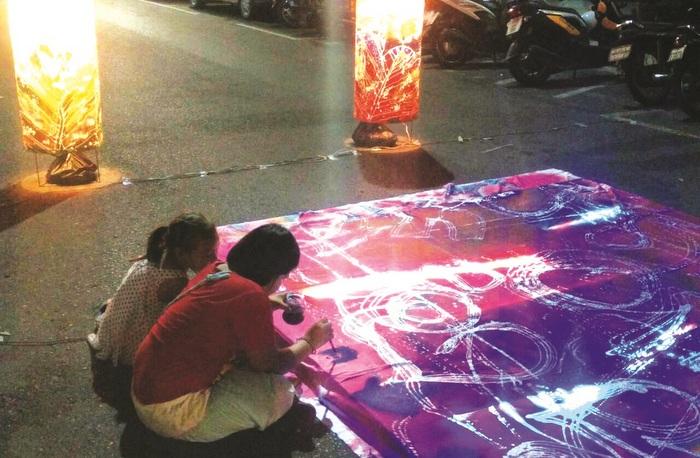 PHUKET: When a dance choreographer based in Manhattan, New York, finds the splendor of the Old Town Festival magical, engaging and fulfilling, then you know Phuket is doing something right to promote cultural tourism on the island.

She was here for the sun, sand and sea – like the vast majority of Phuket tourists – so I hadn’t planned on taking her to the Old Town Festival at all. It’s not that we were actively avoiding it, but it was barely a blip on the radar of activities. However, on a last minute whim we decided to check it out; it would at least be a good chance to introduce her to some Phuket food.

And without a doubt it was the food that pushed the entire festival to a whole new level. Being dubbed a UNESCO City of Gastronomy brought a new air of prestige and world focus to the unique food developed by the Peranakan culture of Phuket. And this year’s festival celebrated that entire culture in a very big, wonderful way.

The stage performances at Dragon Park were captivating. Numerous performers from Thailand’s Got Talent took the stage: a juggler, an illusionist, actors, singers and clowns. Even the over-the-top ladyboy clowns that carried on in Thai brought tears of laughter to our eyes as we enjoyed the show along with Governor Chamroen Tipayapongtada, who was sitting just a few rows in front of us. In fact, the shows were so good, that every time we tried to leave, we ended up right back in our seats. By the time we did pull ourselves away, the rest of the festival had shut down for the night.

There was the standard local fair food, Phuket Hokkien-style food and lots of smaller stage performances.

A large sheet of batik stretched down a side soi. It had already been covered with wax, anyone passing by could grab a bucket of dye and a paint brush and leave their mark.

The mix between an understanding of how to engage a modern audience of all ages with the unique culture of Phuket and the province’s strong ties to China created a mesmerizing and delightful experience.

So much so, that by the end of the second night, my Manhattan friend declared that even if we didn’t make it out to Phang Nga Bay or to Nai Harn Beach, the experiences from the Old Town Festival were more than enough to justify the trip to Thailand.

Opinion: Time for a jet-ski-free Phuket