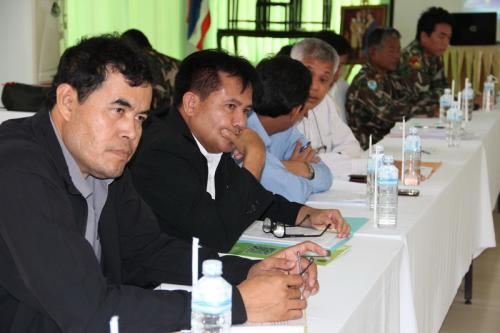 PHUKET: Thailand’s Department of Special Investigation (DSI) and Anti-Money Laundering Office (AMLO) have been called in to assist in the investigation into corrupt officials illegally issuing land titles for plots in Phuket’s Sirinath National Park

AMLO will pursue civil cases and investigations of corrupt officials, while the DSI will pursue criminal cases,” he added.

“According to the newly revised anti-money laundering regulations regarding natural resources that became effective on February 2, we will investigate the origin of land ownership documents,” Mr Charnchai explained.

He added that the focus of the investigations will be managed in order to minimize the potential impact on the tourism sector. “It must not affect tourism because that might affect our economy,” Mr Charnchai said.

Sirinath Marine National Park chief Cheewapap Cheewatham praised the involvement of the DSI and AMLO in the park investigation.

“The joining of three departments gives me confidence because the DSI investigation process is strong and fair,” Mr Cheewapap said.