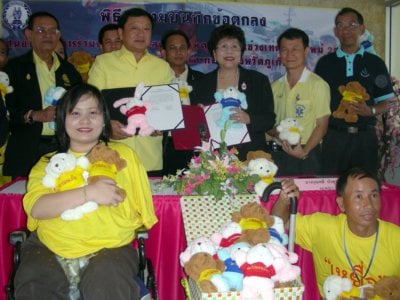 PHUKET CITY: In its annual attempt to limit road carnage over the holiday period, the Department of Disaster Prevention and Mitigation (DDPM-Phuket) will once again organize a multi-agency effort to promote safe driving during the “seven days of danger” period, from December 28 to January 3.

DDPM-Phuket Chief Chotenarin Kerdsom said in an official DDPM-Phuket press release the annual migration of holidaymakers during the period inevitably leads to an increase in the amount of traffic congestion and road accidents.

To minimize the number of accidents, the province will establish a number of traffic police checkpoints in key areas to ensure that motorists are complying with all traffic regulations.

Unlike in some years past, the exact locations of the checkpoints were not specified in the release.

However, the press release did announce that each of Phuket’s three districts (Muang, Thalang, Kathu) would have “on average” three such checkpoints and that these would be manned by about 10 officers.

As in previous years, the province has also been set with threshold numbers of accidents (41), injuries (32) and deaths (3) for the period. If actual numbers fall below these figures, the provincial effort will be deemed a success.

In a new twist to annual road safety campaign, Phuket will become the first Thai province to use stuffed toy animals to promote road safety when it distributes 2,100 teddy bears to motorists during the period.

Named “Nong Prodpai” (“safe sister bear”), the bears will be given to motorists who demonstrate strict adherence to all road safety rules and regulations when passing through checkpoints.

The teddy bears will be available at three checkpoints, one in each district.

Victims of past accidents caused by drunk drivers will also be at the checkpoints to distribute the teddy bears and raise awareness about the dangers of driving while drunk.

Ya bah bust in Thalang