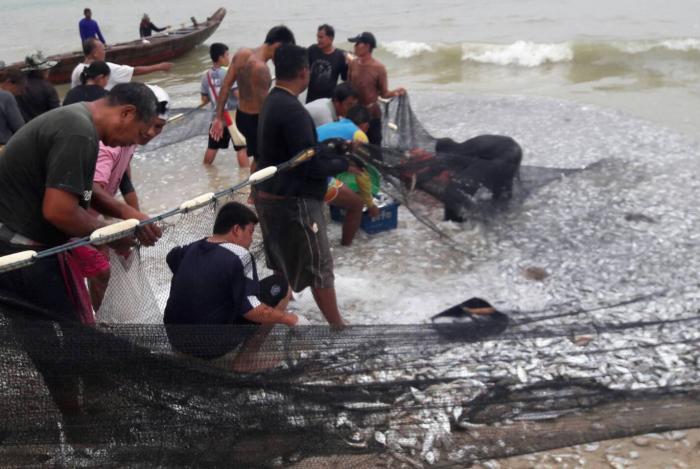 PHUKET: Local fishermen at Patong showed off their enormous hauls of fish this morning, photos of which went viral on social media.

A number of locals gathered at the beach to take a look at the occurrence, which was earlier thought to be unnatural by some.

“Local fishermen make their way to this part of the Andaman Sea to catch large amounts of fish when the monsoon season is about to come to an end,” Phuket Lifeguard Club President Prathaiyut Chuayuan told the Phuket Gazette this morning.

“We also expect to see large schools of dolphins feeding on all this fish soon.”

A local from Kamala, who asked not to be named, said that this kind of fish can be found just before the cold season.

“The pla pan, ponyfish, sardine, as well as krills and crabs, used to amount to a lot when I was young,” he said. “However, due to pollution and sea waste, the number has decreased in recent years.”

Mr Prathaiyut said that the size of these fish is ‘normal’.

“The arrival of dolphins will mark the end of the monsoon season,” he added.