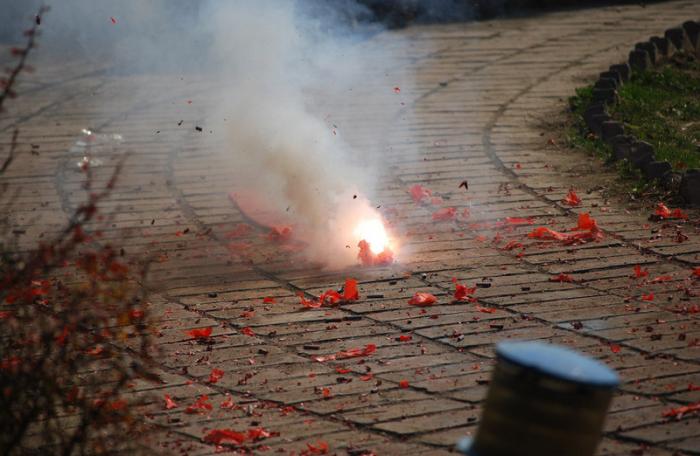 PHUKET: The end of the vegetarian festival means different things to different people. While some miss the sights and sounds, others breathe a sigh of relief about the end of the crowds and noise. I have no complaints on either of those counts. I don’t like crowds or noise, so I chose to spend my time safe in the comfort of my own home. It’s a part of Thai culture and I have no right to complain. However, I am concerned about the uncontrolled, unchecked and widespread use of fireworks during the festival.

A few days into the event, I woke up to a deafeningly loud noise outside my window at about 5am. I woke up with a start and couldn’t get back to sleep until it was time to get to work. All the while, I was prepared for the news that something tragic, along the lines of the Mother’s Day bombings, had happened again.

I later found out that it was a ‘synchronized’ blast from dozens of fireworks in an open field right next to my building. It may sound like a minor inconvenience to some, but consider how the same noise would impact a sleeping toddler, a pregnant woman or a sick person.

Another concern I have is that the sale of fireworks and their use by children goes completely unchecked. Children throwing lit fireworks at passing motorbikes and getting a kick out of the riders’ startled reactions wasn’t an uncommon sight during the festival. What those children didn’t realize, or rather what their parents didn’t bother to teach them, is that their fun and games could cause some serious damage. A stray firecracker could hit an innocent passerby in the eye or cause a motorcyclist to lose their balance and topple over.

Thankfully, this year’s festival went by without the tragic and unnecessary loss of life witnessed last year, but damage was done nonetheless. A fire destroyed an undisclosed amount of merchandise at the Bang Tao Supercheap mini-mart on day five of the festival. It was reportedly set off by children throwing firecrackers. This needless damage could have been easily prevented if these children hadn’t been handed the fireworks (or the money to buy them) to begin with, by what I can only describe as irresponsible parents.

This culture of carelessness goes unchecked year after year. All we can do is hope for the best and implore the authorities to make firecracker safety a bigger priority during such festivities in the future.

Opinion: Stick to the legal limit