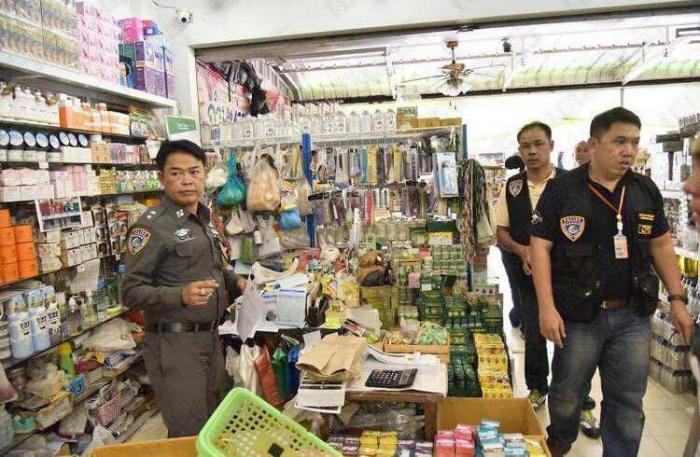 PHUKET: Officials from the Consumer Protection Police Division seized nearly 100,000 baht worth of unlabelled and mislabelled products during a raid on a cosmetic shop in Phuket yesterday.

The investigation followed a tip-off from concerned consumers alleging that Tawatchai Wannoon, 30, was selling unlabelled products, such as cosmetics, soaps and teas at his shop,” explained Maj Payorm Pamoonketnil of the Consumer Protection Police Division.

“Inside, we found the necessary evidence to back the complaints: there were numerous items that either didn’t have the appropriate Food and Drug Administration (FDA) labels or were mislabeled,” Maj Pavorm said.

Mr Tawatchai was charged for violating the Federal Food, Drug and Cosmetic Act.

Phuket driver yet to be charged for British woman’s death