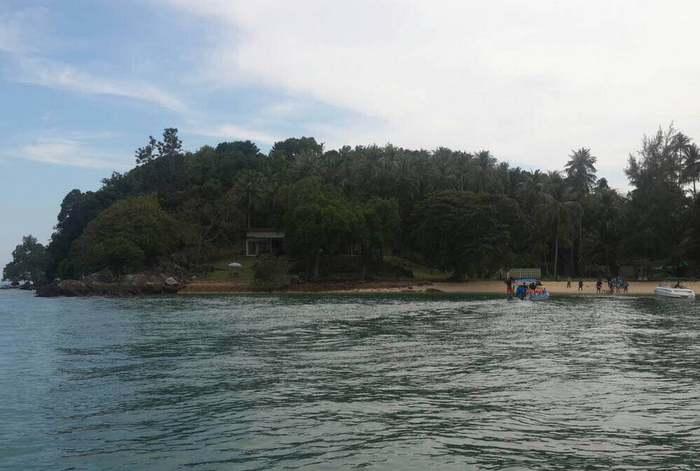 Thai actor Puri Hiranpruk, whose family owns 60 rai of Naka Noi, along with a concession that secures the first 200 meters of a section of seabed for a pearl farm, filed the complaint, saying that there were a number of suspicious activities surrounding the SorKor 1 No70 land document.

“Mr Puri told us that about four years ago, someone tried to sell his family the SorKor 1 No70. One side of the plot bordered a protected forest area, while the other three sides were adjacent to local homes. He said that, after checking with the village headman, it was determined that the document was for Naka Yai Island, not Naka Noi Island,” explained Lt Col Prawut Wongseenin, director of the DSI’s Bureau of Consumer Protection and Environmental Crime.

In anticipation of possible issues down the road, the Hiranpruk family kept a copy of the document.

“Last year, the SorKor 1 No70 was upgraded to a NorSor3 Kor for a plot of land on Naka Noi. During the upgrading, the size of the plot changed from about seven rai to about 17 rai,” Col Prawut said. “With the new size, the ocean now bordered the plot on two sides.”

The same day that the land document was upgraded, July 30, 2014*, it was immediately sold to a private company for more than 42 million baht.

“The quick sale itself is suspicious,” Col Prawut noted.

Officials were unable to contact the land document holders during their preliminary investigation into the plot.

“Based on what we could see, there does appear to be clear encroachment on protected forest land on the southern part of the island. That section should be wild forest, home to our precious hornbills, but instead we found rubber and coconut trees,” Col Prawut said. “We will be calling the land owners and other related parties in order to verify the document and get a better idea of what’s happening.”

The Anti-Money Laundering Office was also notified about the case and will be investigating the possibility that the multi-million baht transaction was part of a money laundering scheme.

“It might take us several months, but we will get to the bottom of this and ensure justice is served,” Col Prawut said.

*The original report stated that the land document was upgraded on August 30, 2014.