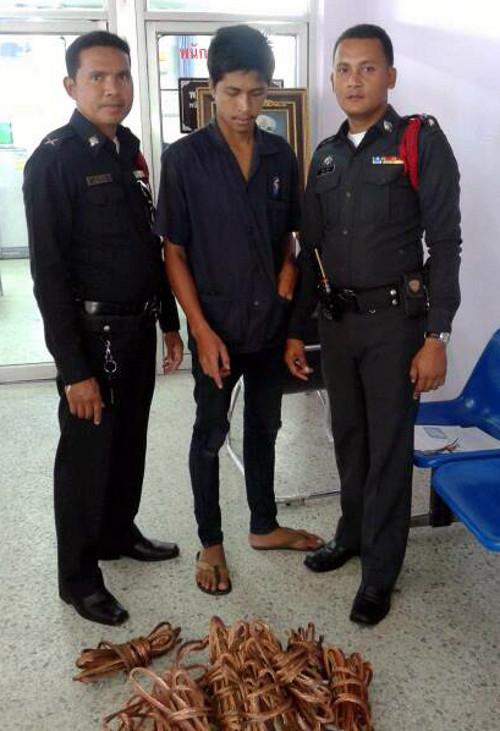 PHUKET: Police arrested a man carrying 100,000 baht worth of stolen copper wire concealed in fertilizer sacks at a routine checkpoint in Thalang yesterday .

“He was riding a motorbike without a license plates, and carrying fertilizer sacks,” said Thalang Police Deputy Superintendent Amnuay Kraiwutthianun.

“We searched him and found 30 bundles of copper wire hidden in the sacks, worth about 100,000 baht.

Mr Eakkapan confessed to police that he had stolen the wire from the Karn Keha housing estate and planned to sell it.

“He said he saw it lying on the grass and took it. He didn’t realize that the theft had already been reported to the Thalang police,” Lt Col Amnuay said.

Police have charged Mr Eakkapan for theft and being in possession of stolen property.