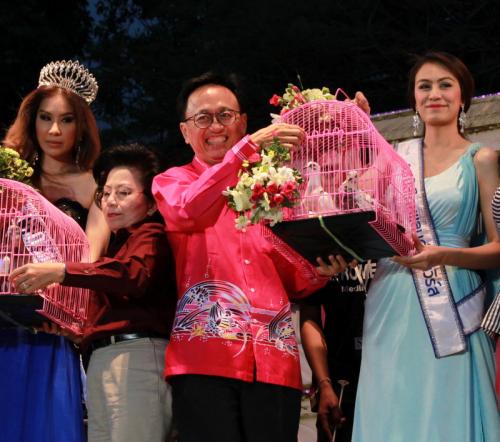 PHUKET: The New Year celebrations on the island starts at 6pm today as the annual “Colorful Countdown Phuket” for 2013 kicks off.

The event, put on by the Phuket Provincial Administration Organization, will be held at Chai Field (map here), opposite Provincial Hall in Phuket Town.

The event will host a variety of top Thai artists, including Thai-country rock singer Bao Wee, who will be taking the stage at 11pm on December 30.

7pm: Chen from the boy-band “Nice to Meet you” performs.