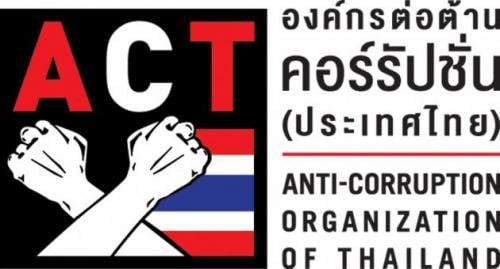 PHUKET: Loosely in formed in 2010, the Anti-Corruption Network this year has become a key organisation that has shed unprecedented light on corruption in Thailand. This group, comprising entities from the public and private sectors, is pushing hard in its campaign against corruption at the corporate and national levels, with the ultimate goal of ensuring fairness to all Thais and raising the country’s image globally. The group’s actions are still far from “ultimate success” and a lot more needs to be done. But the network has been successful in sparking hope, and its real and daring actions earn all the members our vote as The Nation’s “Person of the Year”.Corruption is a blight on Thailand and nowhere in the country is it more in evidence, or more crippling, than in Phuket. At a glance, this country is not the worst in terms of corrupt practices, ranked 88th in 2012 among 176 countries in the Transparency International’s Corruption Perception Index. However, the perceived level of public-sector corruption puts the Kingdom on the same level as Malawi, Morocco, Suriname, Swaziland and Zambia. Worse, in the past 10 years, Thailand’s ranking has been sliding, with its chances of ever catching up with the top 20 slim at best, let alone reaching the top spot alongside Finland. Corruption is a serious and systemic problem in Thailand. A recent Abac Poll reported that most (63.4 per cent) Thai people believe that corruption in government is acceptable provided it is beneficial to them personally – a view that is also shared by many young people. This explains why corrupt politicians keep returning, sparking grave concerns about the country’s political and economic sustainability.Among the most concerned is a group of businessmen, which was previously led by the late Dusit Nontanakorn. In his capacity as chairman of the Thai Chamber of Commerce, Dusit started steering the alliance of public and private sectors towards seriously combating corruption in 2010. His words: “Corruption is common and acceptable in Thai values. If this continues, Thailand will see its demise” became the slogan of the Anti-Corruption Network (ACN), which was officially launched on June 1, 2011. Under the leadership of his successor, Pramon Sutivong, the network has doubled the number of members, rising from 23 organisations at the start to 46 at present. It is a major private-sector group led by a consortium of Thai businesspeople and more than 30 industry associations, which include the Thai Chamber of Commerce, the Thai Bankers’ Association, the Federation of Thai Industries and the Stock Exchange of Thailand. The United Nations Development Programme (UNDP) became the first international member.The network won huge support when it pressured BEC World, the public-listed operator of television Channel 3, to take action against its media personality Sorrayuth Suthassanachinda, who faces legal action by the National Anti-Corruption Commission (NACC) for alleged embezzlement. At the national level, the ACN is pushing for transparency in government-procurement processes, particularly in relation to bidding for the Bt350-billion water-management project. — The Nation / Phuket Gazette

Thailand News: A look back at some of the memorable moments for Thai athletes in 2012