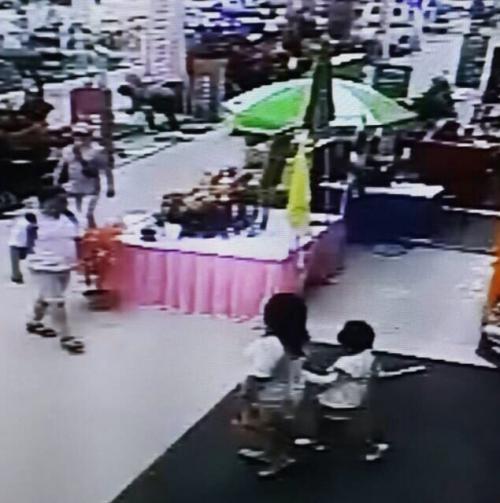 Phuket Police and fellow officers from the central Bangkok district of Phayathai worked together to arrest the men, who are accused of using a blowtorch to steal almost 300,000 baht from a Thanachart ATM.

Mexican Yesid Alexander Ledesma Gutierrez, 50, and Columbians Luis Fernando Guarin Suta, 44, and Carlos Arturo Amariles Marin, 57, were taken into custody in a rented room in Ratchathewi District in Bangkok at about 12:30pm.

Phuket Police had tracked the men by investigating stores in Phuket that sold the equipment, namely a gas canister and gloves, that had been abandoned at the crime scene (story here).

Viewing CCTV images at the Thai Watsadu store in Thalang, officers found what they were looking for – images of two foreign men making purchases, as well as images of the car they were driving, a Red Suzuki Swift. They obtained arrest warrants for the unnamed men and notified all police divisions in Phuket to help in the search.

“They left Phuket and drove to Ao Nang in Krabi not more than three hours after they robbed the ATM,” said Phuket Provincial Police Commander Ong-art Phiwruangnont.

“On Saturday, we were informed that they were in Bangkok. At that point, we asked the Phayathai Police to help a Patong Police team arrest them,” Maj Gen Ong-art said.

The men were apprehended shortly after midday and returned to Phuket, where they arrived at about 10pm last night.

Police declined to reveal how the suspects were located in Bangkok.

“That is confidential police information,” said Phuket Provincial Deputy Commander Arun Kaewwatee. “If we reveal that, other criminals may learn how to avoid police detection.”

Phang Nga gets jump on Phuket with high season party