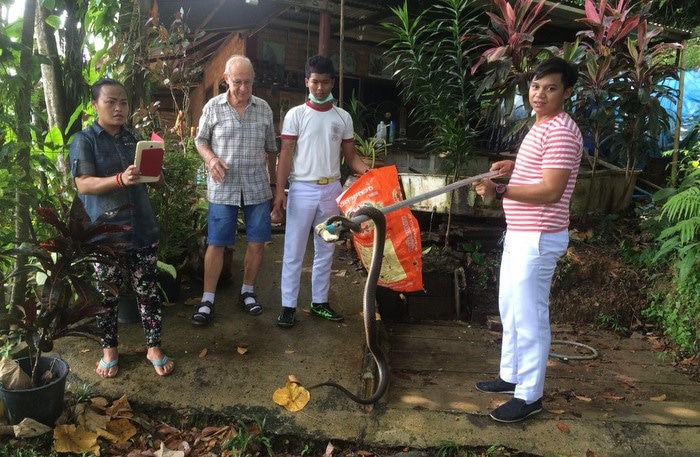 PHUKET: An expat and his wife received quite a surprise when they discovered a 1.5 meter cobra relaxing in a shoe rack inside their Ao Yon home this morning.

The pair called Kusoldharm Foundation rescue workers as the snake made its way out of the house and into an old broken boat in their garden.

Rescue workers spent about 40 minutes rummaging through the boat before they were able to wrangle the cobra.

“It was about 1.5 meters long and weighed about 4 kilograms,” rescue worker Sakun Naepnean told the Phuket Gazette.

“I am glad that this family called us rather than trying to catch it themselves.”

The cobra was released at Bang Wad Reservoir in Kathu.